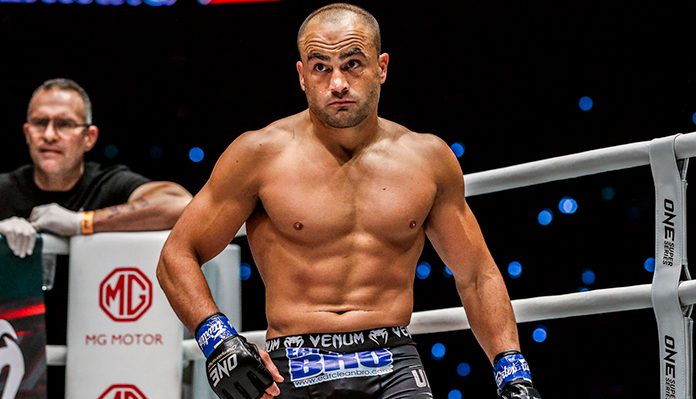 ONE Championship lightweight contender Eddie Alvarez has seen his recent DQ loss against Iuri Lapicus overturned into a No Contest instead.

At ONE on TNT 1 earlier this month, Alvarez hit Lapicus with several strikes while he was on the ground, with a few of them hitting the back of the head according to the referee in the cage. That led to the red stopping the fight and handing Alvarez a red card when his opponent couldn’t continue. It was a crazy way for the fight to end and it didn’t sit right with a lot of fans as Alvarez was dominating the fight up until the point that the ref called a stop to the bout and declared Alvarez the loser via DQ.

According to ESPN’s Ariel Helwani, “A panel made up of 15 independent officials, plus One personnel, judges and referees, unanimously determined that illegal strikes to the back of Lapicus’ head did in fact occur, but they also determined that ‘a procedural misstep’ by the referee happened when he halted the bout and handed Alvarez a red card, thus disqualifying him, after the second strike to the back of the head.”

Instead of giving Alvarez a red card, the panel decided that Alvarez should have gotten a yellow card instead, which was a warning. This meant that the fight could not be considered a DQ anymore and has instead been overturned to a No Contest. It’s the best result that Alvarez could have hoped for given that he had a DQ loss sitting on his record that many felt he didn’t deserve. Now, instead he will have a NC on his resume instead.

Alvarez fights again on Wednesday at ONE on TNT 4 when he takes on Rae Yoon Ok.

Do you agree with Eddie Alvarez having his DQ turned into a NC instead?