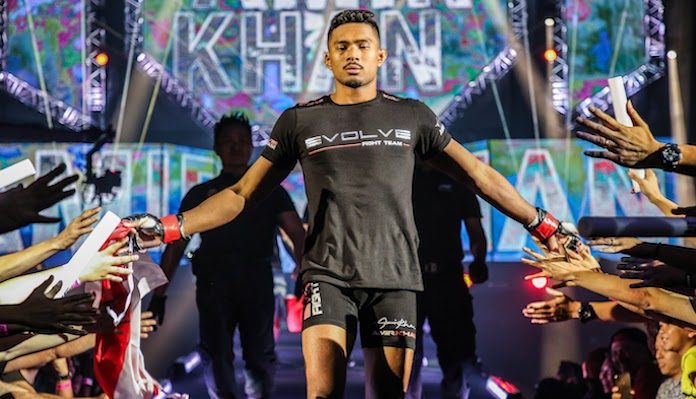 ONE Championship has revealed the complete lineup for the upcoming ONE: Reign of Dynasties card, which is scheduled for October 9.

The card is headlined by a ONE Strawweight Muay Thai World Title clash. A co-main event featuring two of the promotion’s best flyweight contenders rounds out the six-bout offering. The venue and location for this event have yet to be confirmed and announced by ONE Championship.

In the main event, reigning ONE Strawweight Muay Thai and Kickboxing World Champion Sam-A Gaiyanghadao of Thailand will attempt to defend his Muay Thai title against top contender Josh “Timebomb” Tonna of Australia.

ONE: Reign of Dynasties will see the return of lightweight staple Amir Khan, who is known for having the most knockout finishes in ONE Championship history—a record he shares with his Evolve teammate and reigning ONE Lightweight World Champion Christian “The Warrior” Lee. Khan will take on rising Indian lightweight Rahul “The Kerala Krusher” Raju.

Also seeing action on the ONEL Reign of Dynasties card is another of Khan’s Evolve stablemates in multiple-time Indonesian Wrestling Champion Eko Roni Saputra. Saputra looks to showcase his improved skill set and aims for his third victory in ONE Championship when he takes on promotional newcomer Murugan “Wolverine” Silvarajoo of Malaysia.

Lastly, Indian wrestling champion “The Indian Notorious” Roshan Mainam will look to build upon his recent success and add another victory to his record when he faces ONE Hefei Flyweight Tournament Champion Liu Peng Shuai in the opening bout of the night.

The full card for ONE: Reign of Dynasties card is as follows:

Stay tuned for the location and broadcast details for this card.