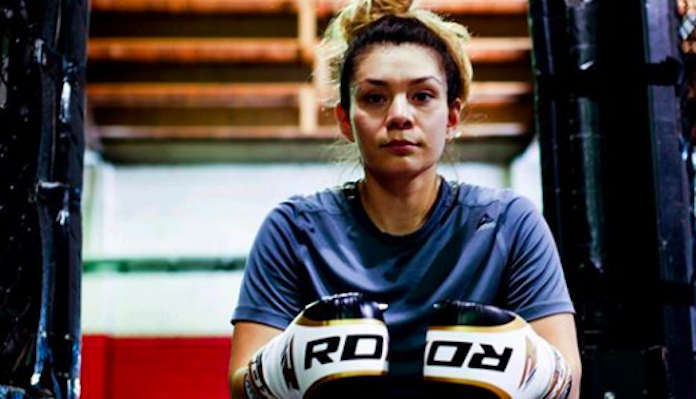 If things had gone according to plan, UFC women’s flyweight champion Nicco Montano would have attempted her first title defense opposite Valentina Shevchenko in the co-main event of UFC 228 tomorrow night in Dallas. Regrettably, however, Montano was hospitalized just before this morning’s weigh ins. After a period of uncertainty and worry, it was confirmed that the champion will unfortunately not be able to fight on the card.

Speaking to MMA Fighting, Nicco Montano’s training partner Steven Hanna opened up on her hospital trip, and her subsequent withdrawal from her UFC 228 fight with Shevchenko.

“She will be fine in a few days,” Hanna’s statement read. “The UFC medical team was called in to evaluate her this morning during the process of her weight cut. They determined that she had to cease cutting weight and be transported to and treated at the local hospital for issues regarding her kidney function.”

So, it seems that this was, in fact, due to a weight-cutting issue, and that it was the UFC’s decision to pull Nicco Montano from the card.

The promotion also issued a brief statement on this unfortunate twist.

“As a precautionary measure, UFC flyweight Nicco Montaño was transported to a medical facility Friday morning due to health concerns,” the UFC statement read. “The scheduled championship bout between Montaño & Valentina Shevchenko at UFC 228 has been cancelled.”

At present, it’s unknown whether the UFC will reschedule this Nicco Montano vs. Valentina Shevchenko title fight, or if the UFC will go another direction with the two fighters.

The flyweight champion has not fought since December of 2017, when she won the title with a decision defeat of Roxanne Modafferi. She’s 4-2 overall.