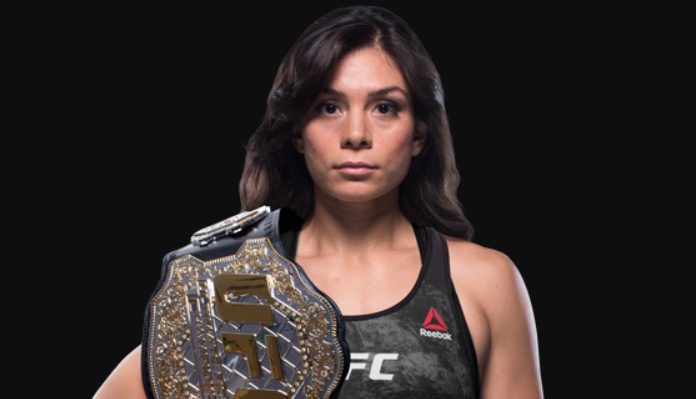 After overcoming the odds once before as well as a crippling foot injury on top of it, the inaugural UFC flyweight champion Nicco Montano is ready to carry the underdog status into UFC 228 once again.

The opening odds for Montano’s very first title defense against former bantamweight title challenger Valentina Shevchenko have been released by Bet DSI. And they set a record that a champion doesn’t want to have.

Montano is currently a huge +360 underdog to Shevchenko’s -550. Thus making her the biggest underdog that a champion has ever been in UFC history.

The prior record holder for this was welterweight champion, Matt Serra. He would enter the Octagon as a +430 underdog when defending his crown against the man he took the title from, Georges St-Pierre at UFC 83 in 2008.

The Ultimate Fighter season 26 winner and first ever women’s 125-pound UFC champion Montano entered the show as the No. 14 seed out of 16 fighters.

Being one of the more inexperienced on the show and seeded so low, no one expected Montano to go as far as she did.

The lowest seeded fighter that Montano would have to end up fighting was that of No. 6 who was one of the hotter prospects, Montana Stewart-De La Rosa.

The other seeds she beat included the No. 3, UFC veteran and former Invicta FC bantamweight champion Lauren Murphy. Then to earn her spot in the finale she unanimously defeated the previously six-year unbeaten inaugural Invicta FC flyweight champion and worldwide No. 1, Barb Honchak.

In the finale, Montano was to face off with fellow season underdog Sijara Eubanks who was seeded as No. 12. But like Montano, she proved that that shouldn’t have been the case.

Unfortunately for Eubanks, she would miss out on her title opportunity as she failed to hit the scales and make weight for the fight and was replaced by the woman she beat to get into the finale, Roxanne Modafferi.

Always a game opponent in her resurgent career, Modaferri would make Montano work for her UFC championship and despite having a badly broken foot that almost prevented her from fighting at all, Montano would come out on top.

Now set to face her presumed the toughest challenge possible in Shevchenko, it will be interesting to see if Montano can defy the odds once again.