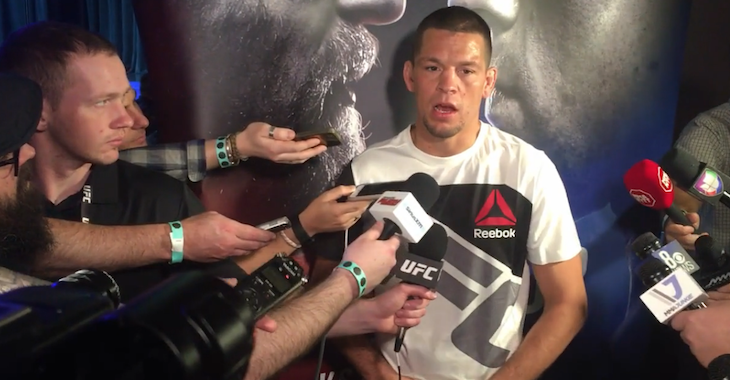 UFC veteran Nate Diaz made it clear at the UFC 200 IFW Launch Event in Las Vegas last week that he was set on fighting Conor McGregor and wasn’t intereted in fighting another opponent.

After Conor McGregor refused to take part in the UFC 200 media obligations to concentrate on training for the upcoming rematch with Diaz, “The Notorious” was pulled from the bout against Diaz by the UFC.

It looks like the UFC is sticking to their guns and showing everyone including Conor McGregor that the fighter works for the UFC, and that it isn’t the other way around.

Late Sunday, “The Notorious” sent out a tweet that said he was back on UFC 200. Fans were excited of the news until UFC President Dana White told TMZ that the UFC had not made any call to put McGregor back on the card.

Unfortunately for the fans that were all looking forward to seeing Conor McGregor and or Nate Diaz fighting at UFC 200, all signs are pointing to that not happening.

Will Conor McGregor get his rematch against Nate Diaz at a later date? Share your thoughts on the situation in the comment section.