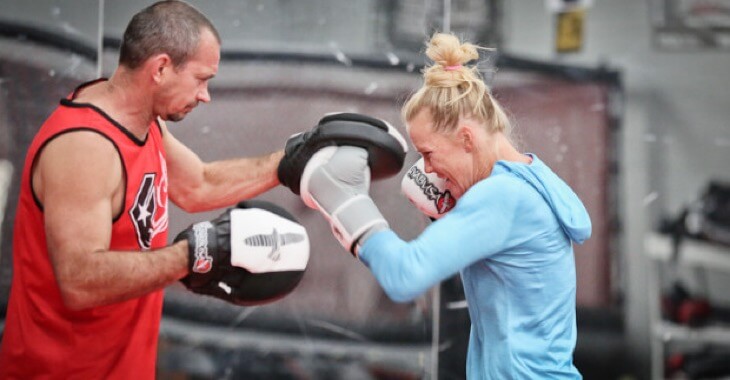 We’ve seen it many times in any sport and on all levels. The keys to success require a strong base and foundation in order to achieve any physical or mental goal set out for yourself.

Mike Winkeljohn is that foundation that fighters seek for in support of their dreams and aspirations. Winkeljohn is the man fighters entrust their futures on with good reason. His personal success as well as the success of the students under his tutelage.

How did you start coaching mma?

Toward the end of my kickboxing career, In the early 90’s I started fighting in Draka, a style of fighting which combines wrestling throws with muy thai striking,etc. I sought out an All American wrestler friend of mine, and started training and he introduced me to Greg Jackson. We started working out daily. His grapplers started coming to my school to train and better hone their stand up/striking skills. We never thought the sport would take off, but along the way, we inadvertently started building a team. The sport blew up and we were lucky to be in the right place at the right time.

How did you create the gameplan to beat Ronda Rousey?

Behind the scenes, Holly Holm has been working on her ground game for many years. In some ways, she had been dominating the boxing world and had been cross training in wrestling and grappling to stay motivated and keep fit. I analyzed the strength and weaknesses of both competitors and the answer seemed obvious to me.

What strength and weaknesses did you see in Rousey?

Ronda’s strengths are in some ways also her weaknesses. She is very aggressive and so good at a few moves that she became predictable. Her confidence was at such a high level and because most competitors froze up and overthought, Ronda had never really been in a war. We wanted to take Ronda to war and take her out of her comfort zone.

Any word on the Jon jones vs. Cormier rematch?

As far as I know, there is nothing set but I am definitely hoping for it and looking forward to Jon winning back his title.

Is there anything you can tell us about Jones’ future?

Jon’s future is bright. I believe he will go down as the best male MMA figher of all time. He is a very cerebral fighter. The only one that can be Jon Jones is himself.

Will Jon fight for the title right away?

That makes sense. I sure hope so.

What’s it like training and molding all of these great champions?

Some are easier than others. But I sure do like my job. I get to see the inside view of how hard they are willing to push themselves; learn, leave the egos at the door, in the gym. But when the cage door shuts, the ego comes back alive.

With so many questions to ask the legendary coach we’ll keep you up to date on “Inside the Mind of a Master Fight Strategist.”