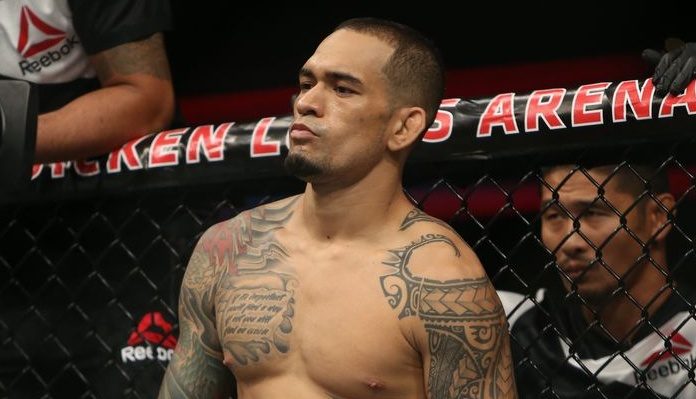 The fight fallouts continue, unfortunately. The day after we lost out on Justin Gaethje vs Al Iaquinta, we’ve lost another fun fight.

A highly anticipated welterweight scrap was set to take place at UFC 226 on July 7th between Mike Perry and Yancy Medeiros. MMAJunkie has now reported that Medeiros is out of the fight due to a rib injury and the UFC is now in search of a replacement.

An early possible candidate has come forward in Paul Felder. Because of the loss in opponent, James Vick due to yesterday’s shuffling of UFC Lincoln’s main event Felder is now looking to make sure he gets a fight after having lost out on his second loss in a row.

Felder told me he currently weighs in the low 180s. His management has already reached out to UFC to pitch the idea. No word yet.

Just spoke to @felderpaul, who told me he would be open to fighting @PlatinumPerry at welterweight on next week’s UFC 226 card. Felder was supposed to fight James Vick on 7/14 but Vick was moved to fight Justin Gaethje in August, so Felder currently doesn’t have an opponent.

Felder told me he currently weighs in the low 180s. His management has already reached out to UFC to pitch the idea. No word yet.

Perry has clearly proven to be very down to fight whoever is offered to him so the opponent won’t matter to him as he looks to rebound after two straight losses to Max Griffin and Santiago Ponzinibbio.

Heading into this fight Medeiros too was looking to rebound after having his impressive three-fight winning streak snapped by Donald “Cowboy” Cerrone in February.

That will obviously have to wait.

As for the potential replacement in Felder, he normally competes at lightweight and is currently on a hot streak of his own with three wins in a row. His most recent coming over Charles Oliveira in December.