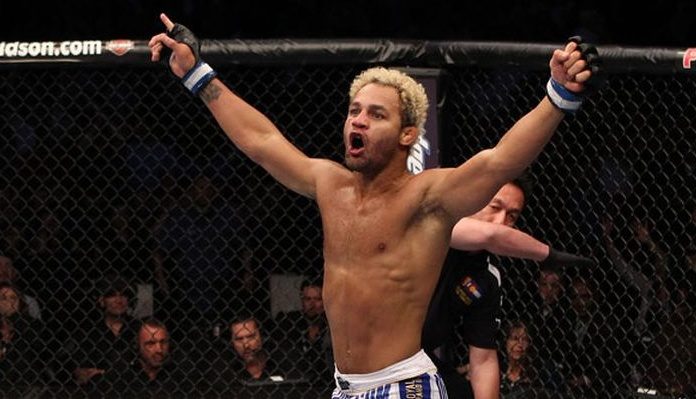 Love him or hate him, as long as you talked about him. After three big-name retirements these past two weeks, we now have a third.

That third being one of the original cast members from the very first season of The Ultimate Fighter, Josh Koscheck.

A welterweight division staple throughout his UFC tenure, after an unsettling six-fight losing streak, Koscheck has decided now is the time to hang up the gloves as he told Luke Thomas today on The Luke Thomas Show.

“That is true [I am officially retired]. And I don’t think I’ve ever said that. Who knows, you never know. I may come back someday but you know, the biggest thing about my mixed martial arts career…it just didn’t go the way I wanted. It’s almost like you just kind of lose it. And it pains me to say that. It really truly pains me as a fighter.

Because I have a big ego, everybody that steps inside that cage has a big ego and their confidence and things of that nature. But I…truly didn’t have it. I couldn’t go out there and compete with these young guys. I felt great in the gym, I was in great shape. I don’t think I was ever in better shape than when I was at 38-39 and obviously 40. But just didn’t have it.”

Grouped with the former champions in this recent mix of retirees, Koscheck never wound up getting his hands on UFC gold but that could have been a very different case if his then rival, Georges St-Pierre had never existed.

Koscheck was always a perennial top contender in the UFC’s 170-pound division from about 2006 to 2012. He went 15-10 in his UFC career and earned impressive wins over the likes of Anthony “Rumble” Johnson, Paul Daley, Frank Trigg, Diego Sanchez, Chris Lytle, Pete Spratt, Mike Pierce, Dave Menne, Dustin Hazelett, Yoshiyuki Yoshida and of course, the UFC Hall of Famer, Matt Hughes whom he defeated in his what will be his last win.

After losing five straight that started with the previously mentioned Hendricks via a razor close split decision, Koscheck would find his way to Bellator in hopes of rekindling a rivalry with a former nemesis in Daley. Unfortunately, in his promotional debut, Mauricio Alonso would spoil that party by knocking Koscheck out in the very first round.