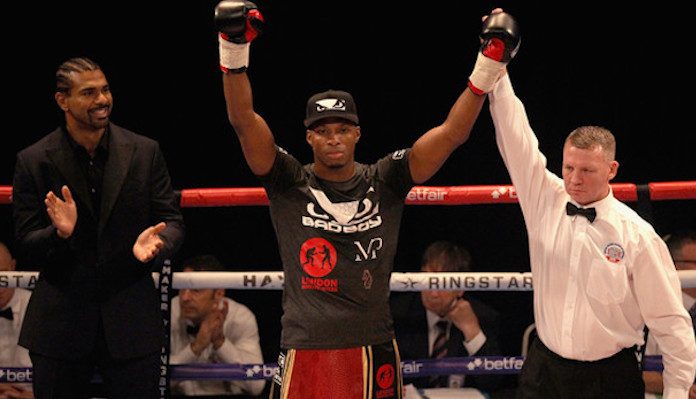 Michael Page is now 2-0 as a professional boxer, have recently picked up his sophomore win with a second round knockout of Michal Ciach (see that here).

From the sounds of it, Page will seek to move 3-0 in the boxing ring before returning to MMA, where he also boasts a perfect record at 13-0.

While Page is eager to compete in MMA again soon, he simply feels he can shoehorn another boxing match into his schedule before Bellator is able to work out the details of his next fight.

“It takes a little while to kind of get the promotional side and just the opponents and stuff in terms of the MMA,” Page told MMAjunkie‘s Fernanda Prates and Abbey Subhan in a recent interview. “Because they have a plan on what show they want me on. They’re businessmen, so they understand exactly what the best thing to do is. It’s a bit more of a chess game there, so I’m thinking it might take a little bit longer.

“I’m hoping to try and get another boxing fight in before having to jump back in the cage,” he added. “It might change, but I’m saying now: Maybe one more boxing [match], August, early August, then straight on to an MMA fight, September, November, whenever I can strive for that.”

Michael Page last stepped into the cage at Bellator 200, when he authored a violent stoppage of the game David Rickels. When do you think we’ll see him in the cage again, and who would you like to see him fight?