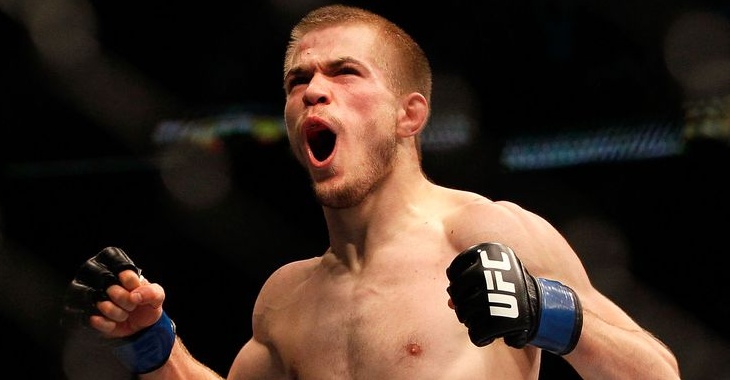 Michael “Mayday” McDonald was at a time one of the UFC’s brightest young stars. At 135 lbs, his power and speed seemed unmatched for almost everyone he fought. McDonald went on an impressive eight-fight winning that consisted of six finishes(five KO/TKOs and one submission) before earning his first and only UFC title shot against the then interim champion, Renan Barao. McDonald would alternate wins and losses following his loss to Barao before asking for and receiving his release from the UFC.

Still just the young age of twenty-six years old, McDonald is seeming much happier with his new Bellator deal than he was with his UFC deal. He spoke to MMA Fighting recently and didn’t hold back when discussing the difference in their contracts.

“From my very first interaction with Bellator they’ve made it clear that they believe in me and they’re willing to show it, and I’m very appreciative of that,” McDonald told MMAFighting.com. They believed in me and were willing to give me what the UFC wasn’t and because of that, I feel very valued. I don’t feel pressure in the sense that I have to show them that I’m good and that they were right to hire me. I’m really not feeling a whole lot of pressure coming into this, even personally.”

“With the UFC’s bonus system and how it’s structured, if you win and you get a bonus you’re doing good, you’re comfortable in life. If you don’t win it, you’re starving. A lot of the guys in the UFC are at that place and it’s not a very good place to be,” he explained. “Now I’m with Bellator and it’s not the way it is and I’m very happy about that. The bonus structure isn’t applied here with Bellator and because of that the base payments can be a bit better. “In the UFC, they used to use the bonuses against you, they used them like a gun to your head. They would say, ‘We don’t want to raise your contract because your last fight was this or that’ or, ‘all you have to do is win some bonuses, if you win some bonuses you’ll be fine’. It was used more like a weapon than a reward, and I’m honestly glad that I don’t have to deal with that anymore.”

McDonald even mentioned how it may have affected him in his last fight with John Lineker.

“I’m happy I made the decision but I guess part of that is me putting away my pride as a competitor, but sometimes that still comes out,” stated McDonald. In my fight with John Lineker, I didn’t want to take him down. I wanted to show the world that my hands were better than John’s. The fight showed his chin was better than mine, we were both hitting each other. My pride as a competitor can still come out, but as a businessman, if I did that over again I would have thought, ‘Mike, you’re a black belt in Brazilian jiu-jitsu, a fantastic wrestler – put this guy down and put him where he is least comfortable.’” 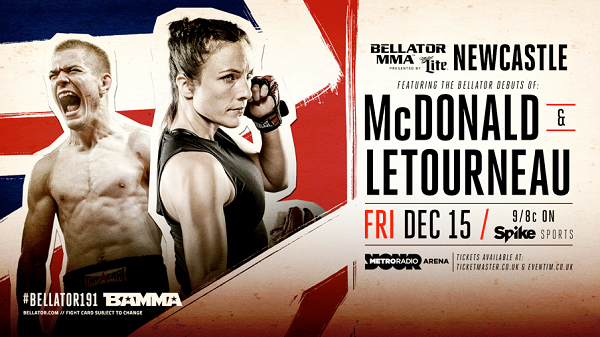 The Modesto, California native, McDonald is set to make his Bellator debut this Friday at Bellator 191 when he takes on Peter Ligier in the main event.