The UFC’s top rival, Bellator MMA, has been scooping up a ton of talent in the past several months including Benson Henderson, Josh Thomson, Matt Mitrione, Phil Davis, Rory MacDonald, Chael Sonnen, Wanderlei Silva and Ryan Bader, just to name a few.

The news comes shortly after McDonald had been granted his requested release from the Ultimate Fighting Championship.

McDonald had cited “dishonest” business practices as his reasoning for requesting to be released by the promotion earlier this month.

“The UFC was dishonest in the way they tried to do business with me and it’s resulted in a complete waste of my time,” McDonald told ESPN. “I want to feel like my employer isn’t out trying to cut my head off. I’m looking to enter a mutually respectful business contract with another fight organization.”

“Mayday” is one of the worlds top bantamweight fighters and is well known for his exciting fight to finish style.

The 26-year-old, McDonald, was last seen in action in the main event of UFC Fight Night 91 this past July, where he suffered a first-round knockout loss to the heavy handed Brazilian John Lineker. 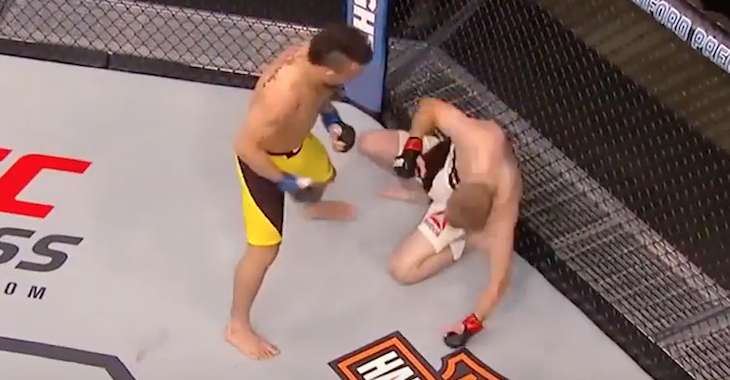 “Mayday” went 6-3 during his nine-fight career with UFC.

The native of Modesto, California competed for the UFC’s interim bantamweight title against Renan Barao back in February of 2013, but ultimately lost that title fight via fourth-round submission (arm-triangle choke).

McDonald’s most recent victory came at UFC 195 in January of 2016, where he submitted Masanori Kanehara with a rear-naked choke in the fights second-round.

In his seventeen career victories, McDonald has racked up a whopping fifteen finishes including nine knockouts and six submissions.

Who would you like to see Michael McDonald fight first under the Bellator banner? Sound off PENN Nation!