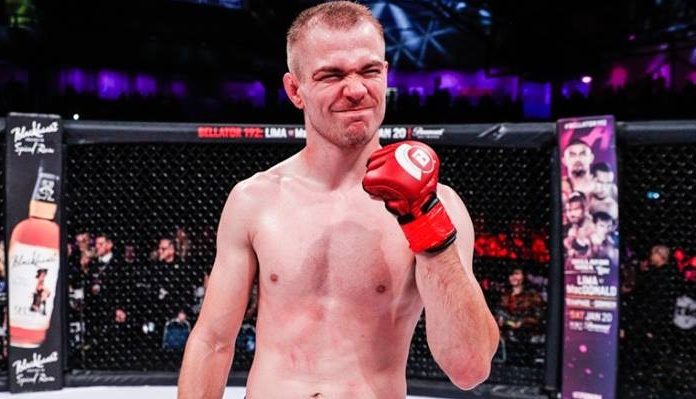 All good things must come to an end. Unfortunately for the Modesto, California native Michael ‘Mayday’ McDonald, his good thing is ending sooner rather than later.

The 27-year old McDonald is 19-4 in his professional MMA career and once fought for a world title against Renan Barao in 2013. Since then, things have been less than ideal health wise.

McDonald has suffered several injuries after getting his crack at UFC gold against Barao majorly that of which has been to his hands. Several breaks here and there have led to multiple surgeries and the story was the same following his recent spectacular 58-second knockout of former Bellator bantamweight champion Eduardo Dantas.

McDonald would state in his post-fight interview immediately after that he broke his hand again in that short period of time and now had to consider if continue to fight was even worth it. McDonald has now confirmed to ESPN that he’s calling it a career.

“This last fight, everything was perfect. This feels good. Most people, when they quit, it’s because they can’t hang. They’ve been beaten out of the sport and their family is sitting them down and asking them to please stop. For me, it’s not a matter of skill or being able to perform, but I’m at a point where the cost is greater than the reward.

I said, ‘I don’t know if I can even ask for this, but I’m asking [God] to show me, blatantly, if you want me to quit fighting. And if that is absolutely what you want, can you give me a hole-in-one?’ Against an amazing opponent like Eduardo Dantas, I know how rare that is.”

As bad as the hand injuries were and have been, it sounds like it’s worse than we may have thought as McDonald detailed issues with his right arm as a whole.

“My entire left arm is about half the size of my right arm. It’s unusable. I can’t even pick up a cup of water. It’s possible my left bicep never comes back to use.

I’m exhausted. I’m exhausted of these hand injuries. I’m exhausted of breaking my body in half. I prayed to God and asked if he would tie up my Bellator contract, leave me in good standing with the company, and give me a hole-in-one. I have no question now that God’s plan for the rest of my life is for me to move on.”

McDonald was always known for his superb punching power at 135-pounds along with his ability to always put on great back and forth fights. He was expected to likely compete for the Bellator title next and it’s a shame we won’t get to see it.

Health is the most important though and we wish McDonald all the best in his future endeavors.