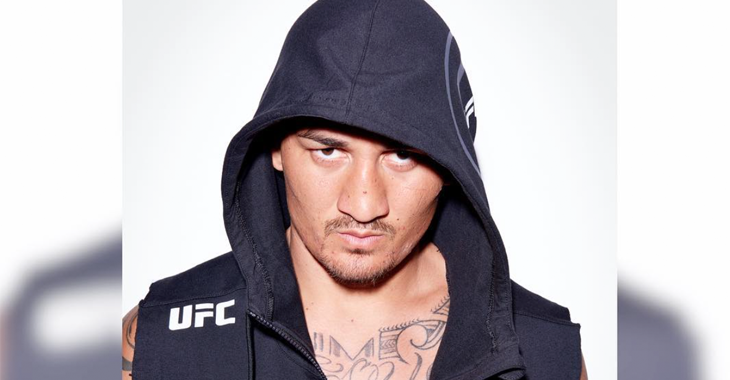 Hawaii’s Max Holloway is the new king of the 145-pound featherweight division. In the same division where Conor McGregor and Jose Aldo once held the throne, the product of Waianae is bringing the world on board the “Blessed” train.

With defeating Aldo at UFC 212 to become the undisputed UFC featherweight champion, Holloway says he was promised a new contract if he had his hand raised over the Brazilian. However, it seems like the UFC and Holloway are having a hard time coming to an agreement on the new contract. Holloway spoke with KHON2 sports director Rob DeMello on Wednesday after getting a workout in Honolulu at Tactical Strength and Conditioning.

“Now we’re just taking it one step at a time still yet. I can’t force something. I’m not going to rush something. I’m not going to get mad over something that I have no control over,” Holloway said. “Like I said, I can control my feelings and that’s what I am focusing on, myself. It’s only giving me more time to get better, you know? Don’t poke the bear. They’re poking at me right now, but they’re going to see on fight night, so I can’t wait. I’m only getting better.”

DeMello asked the champ if he was willing to sit out for as long as it takes him to get a new contract that he is content with.

“I’m just asking for a fair shake,” Holloway replied. “You see a lot of these guys, a lot of these other champions making what they’re making. I’m not trying to take anything away from them, but I feel like I’m one of the more exciting fighters under contract in the UFC. At the end of the day, I’m the king. I’m in my throne, you know? If you want to come see me, come see me.”

While Holloway has been pushing hard for the UFC to put on an event in his home state of Hawaii, “Blessed” would be happy with fighting in Las Vegas next, perhaps against former lightweight champion Frankie Edgar.

“My last couple of fights have been out of country. Let me come home. Let me come to the ninth island, as close as we can get to UFC Hawaii, so give me that,” Holloway said.