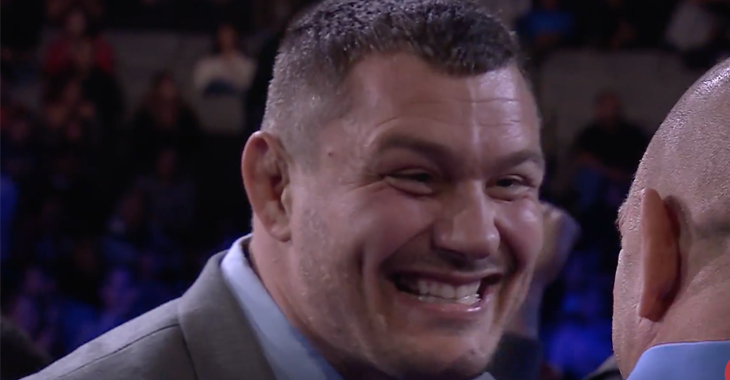 Unfortunately, Mitrione was pulled from the fight just hours before fight night due to a medical illness that landed him in the hospital. Later, it was revealed that the reason for Mitrione’s hospitalization was kidney stones, which he would need to have surgically removed. 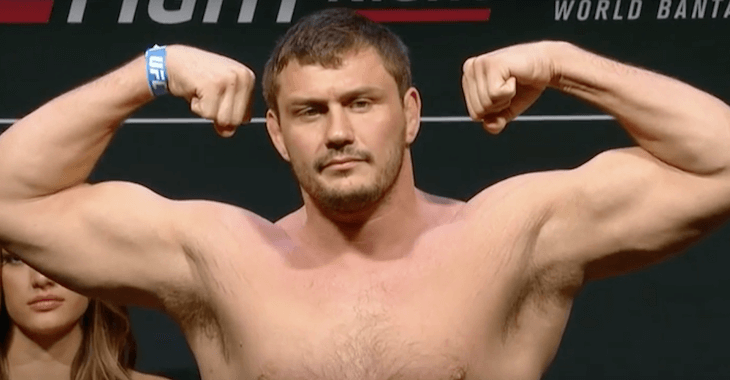 He spoke on The MMA Hour to discuss the situation:

“I have six or seven stones in my right kidney right now, and I don’t have any in my left. I don’t know what that’s the case. I’m going to the doctor on Wednesday, a surgeon named Dr. Amy Krambeck in Indianapolis,” said Mitrione, who revealed he came across the surgeon who will conduct the procedure by accident as he was filtering through all the hateful messages he was getting on social media.

“As much as I despise social media, especially after a situation like this where everyone is calling me a pussy and that I’m such a punk, coward; I was scrolling through it and a doctor name Bodo Knudsen wrote me to tell me there was one of the best kidney stone specialists in the world in Indianapolis,” he added. “I followed him, he got back to me and he ends up being an endourologist in Ohio State University and he got me in touch with her, she calls me up today and I’m having surgery on Wednesday. They were like, ‘Look, this is a big deal and we’re going to take care of it.’”

“This kidney stone that came out of nowhere cost Bellator millions of dollars, it cost the fight world an incredible fight that I believe that everybody wanted to see, excited about and really hyped,” added Mitrione. “I owe the fans a fight, I owe Fedor a fight, Fedor and I owe the fans a fight and I am going to get it taken care of, and it sucks that I am going to have a medal rod stuffed in me pee hole to get this thing taken care of so it never happens again, but I can at least eliminate this from any concern that will ever come up again.”