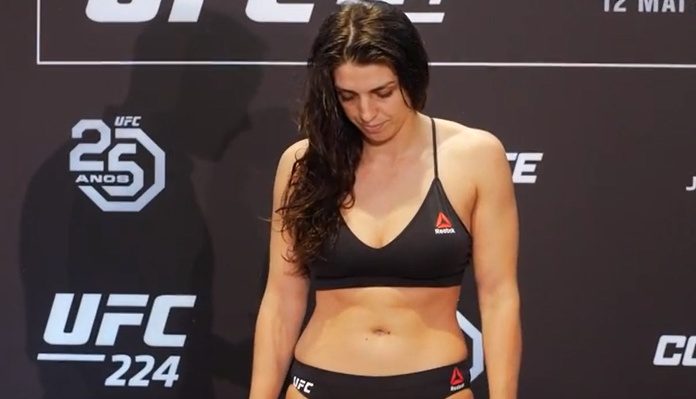 The victory showcased Mackenzie Dern’s ever evolving stand-up and of course her ridiculous submission skills, but the dominant win was likely overshadowed by the fact that Dern came in seven pounds over the 116-pound strawweight limit for the fight.

Mackenzie was fined 30% of her fight purse for the botched weight cut, 20% of which went to her opponent Amanda Cooper who opted to take the fight despite being at such a size disadvantage.

While Mackenzie Dern’s UFC 224 victory was nothing short of impressive, it was not exaclty well received by all members of the MMA Community.

Yet again, it pays to miss weight.

Cooper tried to counter all fight, but was having trouble because she never slipped Dern's punches first. Could never find the proper angle.

It also enabled Dern to land a the home run shot.

She really put all her weight into that punch………. I kid, I kid but 125 next obviously

Mackenzie Dern has now missed weight in three of her six attempts to make the strawweight limit of 116-pounds.