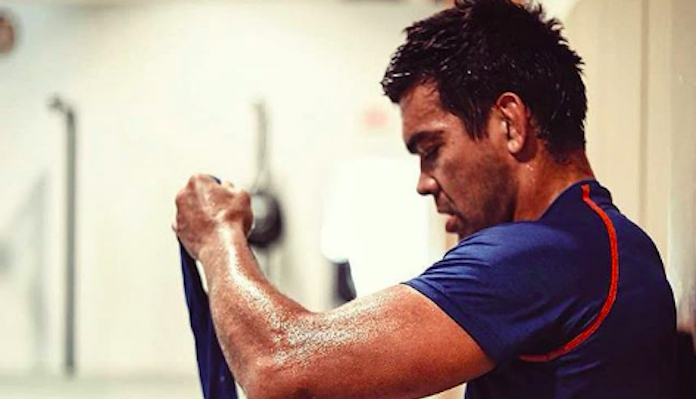 According to Bellator boss Scott Coker, this is a fight Lyoto Machida has actually asked or. And depending on how Emelianenko’s involvement in the Bellator heavyweight Grand Prix shakes out, it’s a fight that could actually happen. Machida might also find himself in the cage with the winner of Gegard Mousasi and Rory MacDonald’s September 29 middleweight title fight.

“Lyoto told me one thing, he wanted to fight in both weight classes, and he wanted to stay busy and will fight anybody,” Scott Coker told MMA Fighting at a Tuesday press conference (transcribed by Anton Tabuena for BloodyElbow). “We have a good 205 lb division for him to compete in, and we have good 185’ers for him to compete with. I think that one of the fights I’d love to see is maybe the winner of Gegard vs Rory fight at some point next year.”

“He told me he wants to fight Fedor as well, so we’ll see,” Coker added. “We have a lot of good fights ahead for him.

“Let’s see how Fedor comes out in the tournament. He’s got his hands full with Chael, and if he becomes the champ, and Lyoto wants to fight Fedor, why not? Why wouldn’t we put that fight together? It would be a lot of fun.”