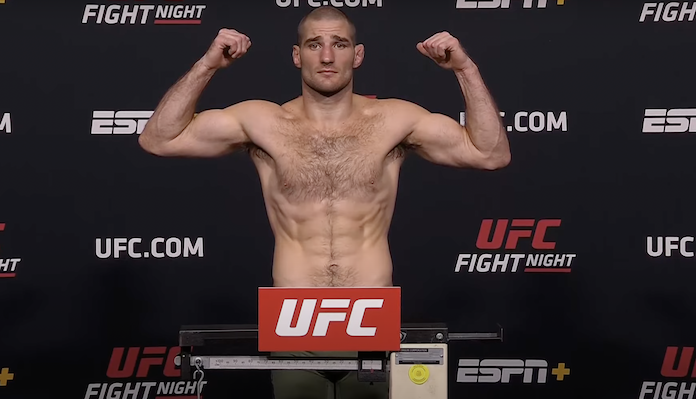 UFC middleweight Sean Strickland has reacted to the news that Luke Rockhold has pulled out of UFC 268.

It’s public knowledge that UFC 268 is shaping up to be one of the most stacked cards of the year for the UFC but unfortunately, a grudge match at 185 pounds has been lost after Luke Rockhold revealed a herniated disk will ensure he does not fight Sean Strickland at Madison Square Garden.

“He was never going to make it to the fight lmao… no one is surprised. I sparred him one and almost put him out.. didn’t even spar the second round, walked out of the gym lmao.. I knew this wasn’t happening”

With a few weeks left to go until fight night there’s still some hope that Strickland will be kept on the card with a late replacement stepping up to the plate. Kelvin Gastelum and Jack Hermansson have been suggested by a parade of fans but as of this writing, nothing has been confirmed.

Do you think we will ever see Luke Rockhold and Sean Strickland face off inside the Octagon? Let us know your thoughts down in the comments, BJPENN Nation!