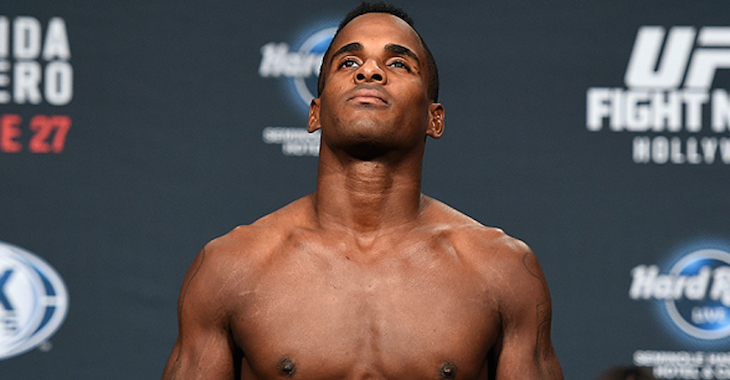 Bellator has scooped up another fighter from the UFC as Lorenz Larkin was announced under the Bellator promotion on Thursday.

“They can expect me to get in there and fight my ass off like I always do,” Larkin said in a Press Enterprise release. “I feel like I’m in a great time in my life. I have an organization and a city behind me and what else do I need?” Larkin went through a few negotiations with various MMA promotions after his contract with the UFC was up, which included RIZIN, Absolute Championship Berkut, renegotiating with UFC and obviously Bellator.

“It’s been a long process, I didn’t expect it to be that long,” said Larkin. “I wanted someone to get behind me and have some faith that I can deliver and I can be an asset to wherever I go and that’s what I felt like with Bellator. They pretty much checked off all the things that I was looking for.”

“The Monsoon” holds an 18-5-1 record and last fought for the UFC in August where he finished Neil Magny in the first round by TKO. Larkin also holds wins over names such as Jorge Masvidal, Chris Camozzi and Robbie Lawler. “I didn’t fight in the UFC just to be able to say I’m a UFC fighter; that doesn’t mean anything to me,” Larkin said. “I think a lot of guys think that way in the sport, as far in that organization or if they’re not even picked up yet, and that’s their goal — just to say ‘I’m a UFC fighter.’ But in reality that doesn’t mean anything if you’re not getting taken care of.

“It used to be back in the day that the UFC was a super power, but a lot of organizations are coming up and it’s not like that anymore.”

Larkin has fought for Coker before under the Strikeforce banner and the two are looking forward to working together again.

“We are so happy to bring Lorenz back home,” Bellator CEO Scott Coker said. “There are a bunch of great matchups for him over here and I look forward to seeing his exciting style inside the Bellator cage soon.”