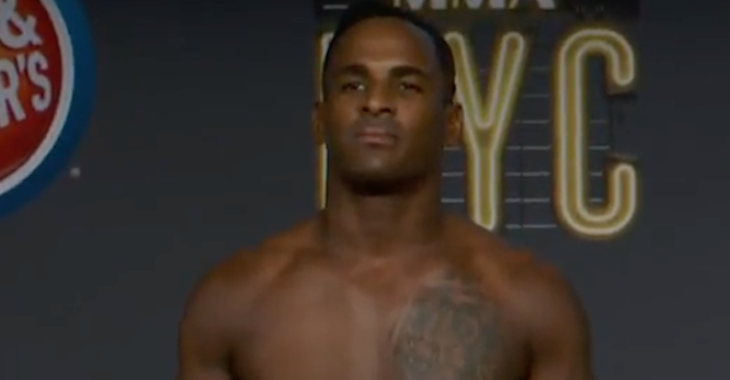 Unfortunately for fans of “Da Monsoon”, after a strong opening round Daley was able to catch Larkin with a brutal left hook that had Lorenz out on his feet. The fight was stopped moments later by the referee.

Larkin, who dropped to 0-2 in Bellator after the loss, took to Instagram where he issued the following statement on the setback while congratulating “Semtex”.

Get the full Larkin vs. Daley fight recap below along with a video of the stoppage.

Round one begins and both men are cautious early while trying to find their range. They exchange kicks early during the feeling out process. Lorenz lands a heavy low kick. Daley eats it and backs off. Larkin rushes in with a flurry of punches on Daley. Paul circles and throws up a head kick. It misses and he falls to the ground. Larkin jumps on him and begins working from side control. “Da Monsoon” with some good shots from the position before the horn sounds to end round one.

Round two begins and Larkin quickly pushes the pace. He presses Daley up against the cage. Daley spins out and tags Larkin with a hard shot. Daley explodes with a left hook and Larkin is out on his feet. More shots from Daley and this one is all over. Wow! What a finish from Semtex!