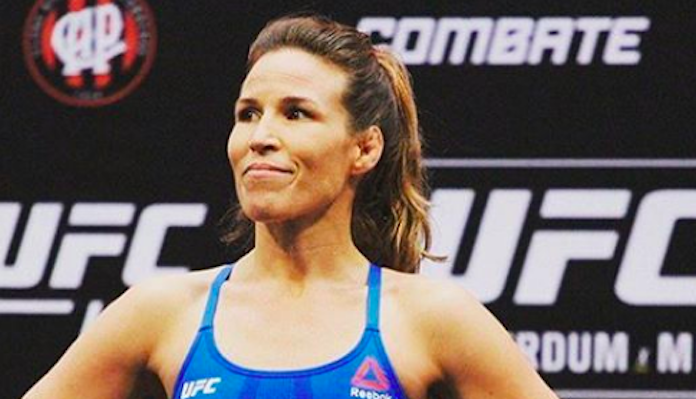 If things had gone according to the initial plan, Leslie Smith would have fought Aspen Ladd on the undercard of last weekend’s UFC Atlantic City card. Regrettably, things took an incredibly ugly turn at the last minute, and the end result was Smith’s release from the UFC.

The trouble began when Ladd missed weight for the fight, tipping the scales 1.8 pounds over the bantamweight limit. Despite this hiccup, Smith was willing to take the fight, but she wanted to hash out a new deal with the UFC first, as her bout with Ladd marked the last obligation on her current contract with the promotion. Unfortunately, the UFC instead opted to buy out Smith’s contract, paying the bantamweight her show and win money, and ending her UFC career on the spot.

The speculation, of course, is that the UFC had grown tired of Smith’s efforts to unionize fighters through Project Spearhead, an organization that aims to have the US government identify UFC fighters as employees rather than independent contractors.

Speaking on The MMA Hour this week, Smith announced that she’s plotting a legal counterattack against the UFC, as she feels the way they removed her from the roster is illegal.

“It’s my opinion that what the UFC did was illegal,” Smith said (transcribed by Marc Raimondi for MMA Fighting). “Because they have created a situation where it encourages a climate of fear where the other people in the UFC on the roster are going to be fearful of publicly organizing and standing up for their rights.

“By creating a climate of fear, that violates federal law. That’s the whole point of the National Labor Relations Board and the laws that are in there.”

Whatever the case, Smith believes that the UFC’s actions over the weekend show that it’s decision-makers are rattled by Project Spearhead.

“I guess in a way I guess I was almost hoping that Project Spearhead would be significant enough for them to be a little bit worried about it,” she said. “And then the fact that they did this unprecedented thing where they bought out my contract, so that I wouldn’t be around anymore kind of shows that they do think Project Spearhead is pretty significant.”

“The important thing now is to make it so that other fighters don’t have to take the fall,” Smith said. “They don’t have to do anything publicly in order to protect themselves right now. All they have to do is sign authorization cards. That’s it. Nobody will ever know. The National Labor Relations Board will never release their names.”

Leslie Smith has created a crowdfunding campaign to help fund her legal battle with the UFC. You can support her cause, if you so choose, here.

Stay tuned for more updates on Leslie Smith’s battle with the UFC as they emerge.