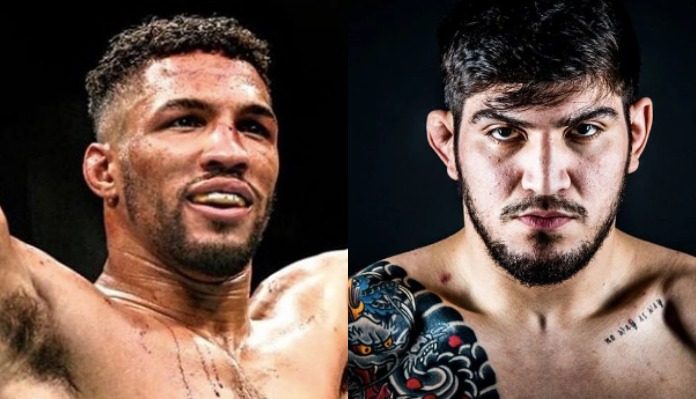 Earlier this month, BJJ whiz Dillon Danis called for a grappling match with UFC lightweight contender Kevin Lee. Danis suggested the pair compete in a sub-only showdown, with $100K on the line.

Kevin Lee quickly responded to this challenge from Dillon Danis, assuring he was up for it.

Speaking on MMAjunkie Radio this week, Kevin Lee divulged that this grappling match with Dillon Danis is actually in the works.

“He issued the challenge, “Kevin Lee said. “I’m still waiting to hear back. I know his people reached out to mine. I said I’ll take it.”

“It’s just going to be me and him,” he added. “Man to man. Just straight jiu-jitsu.”

If this sounds like something you want to watch, well, you’ll probably be able to. That said, Kevin Lee isn’t sure about Danis’s idea of streaming the match on Instagram Live.

“[Danis] said we’ll put it on our Instagram story,” Lee said. “That seems a little too small. That we have to figure out. But it will just be me and him probably in a room. We’ll put it on YouTube or something.”

If this matchup does indeed happen, it’s going to be tough challenge for Kevin Lee. Say what you will about Dillon Danis’s brash attitude, but there is no denying his incredible skill in the grappling realm. Lee understands this.

Who do you think would come out on top in grappling match between Kevin Lee and Dillon Danis?