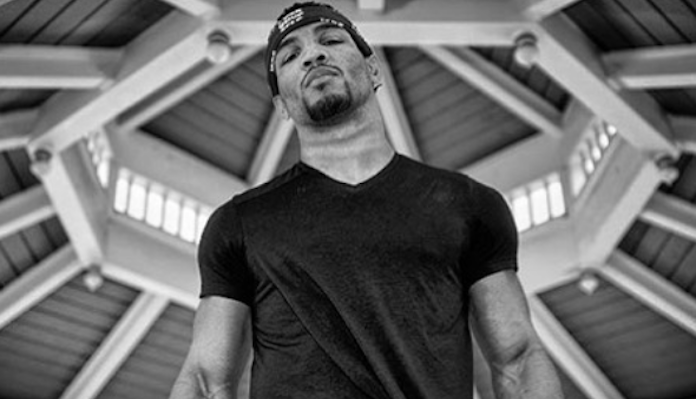 UFC lightweight contender Kevin Lee is currently booked for a dangerous test opposite Edson Barboza at UFC Fight Night 12 on April 21. Though this bout is at the forefront of his focus at the moment, Lee also believes he’ll be fighting current UFC lightweight champ and MMA superstar Conor McGregor by the end of the year.

“That fight happens at the end of the year, me and Conor,” Lee said at a UFC 222 media scrum, (h/t BloodyElbow). “I think that’s the fight that everybody’s been looking forward to, and is right there within striking distance.”

First, of course, Lee plans to claim the UFC lightweight title from Tony Ferguson, who he lost to back in the fall of 2017. Ferguson will battle Khabib Nurmagomedov for the title in the main event of UFC 223 on April 7 – a challenge Lee expects him to topple.

“Everything I’m setting out is a plan to get back to that [Ferguson] fight,” Lee said. “He’s been the real champ, and I don’t really see no confusion about it. You got Conor, that has a belt, but the man is not a champion and I think he even knows that. If he comes back and when he fights, then…if he beats Tony Ferguson then obviously he’ll have it. But, right now, Tony Ferguson is the real champion; he’s the one I’m getting back to.”

On a recent episode of BJ Penn Radio, Lee explained why he thinks Ferguson will beat Nurmagomedov, and also referenced McGregor.

“I like that [Ferguson vs. Nurmagomedov] fight,” Lee said on the show. “I think that fight’s a lot more interesting than people give it credit for. I don’t know. I think Tony will be better all around, and be able to wear down on Khabib, and then he’ll go out there, he’ll beat the hell out of Conor, and I think I’m [going to] squeeze my way up in there one way or another.”

What do you think the future holds for Kevin Lee?