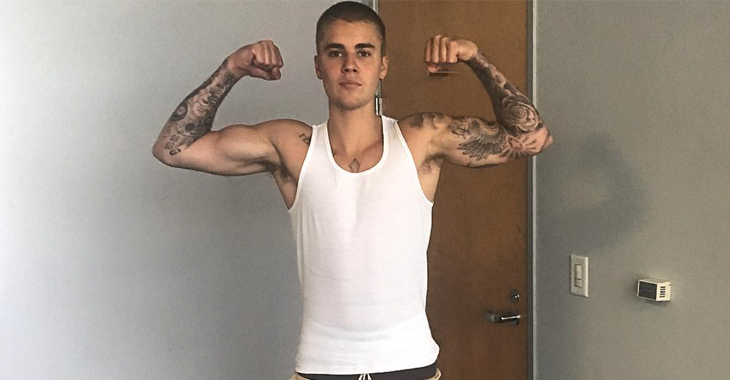 Justin Bieber is a fan of both boxing and mixed martial arts.

He is a good friend to Floyd Mayweather, as we have seen him walking out with the retired boxing legend to the ring on some of his big fights in the past.

Bieber is also a fan of UFC lightweight champion Conor McGregor and has made peace with Nate Diaz after initially throwing an insult at the Stockton scrapper. We’ve seen Bieber put on the boxing gloves and get some training done in the ring. We have also seen Bieber get into his fair share of scuffles out in public as well.

Here we take a look at the pop star singer grappling with his friend on the grass and Bieber locks on an arm bar and forces his buddy to submit. Given that Justin Bieber is a singing, dancing, songwriting entertainer, what do you think of his grappling skills? MMA veteran Urijah Faber said a while back that he believes that Bieber could do well as a MMA fighter if he decided to train seriously in mixed martial arts.

“This is all relative to him learning the sport, but a guy like that has confidence,” Faber said about Bieber after he and Diaz squashed their little beef last year. “That’s the biggest part of out sport, is self-confidence and self-belief. So, yeah I think Bieber would be good. Now, we have to learn a hard lesson on what you need to do, of course, but I heard he trains with Floyd. So, why not? I’m not someone to tell someone else they’re gonna get beat up. That’s a very personal thing and we can test it out by throwing him in a cage.”