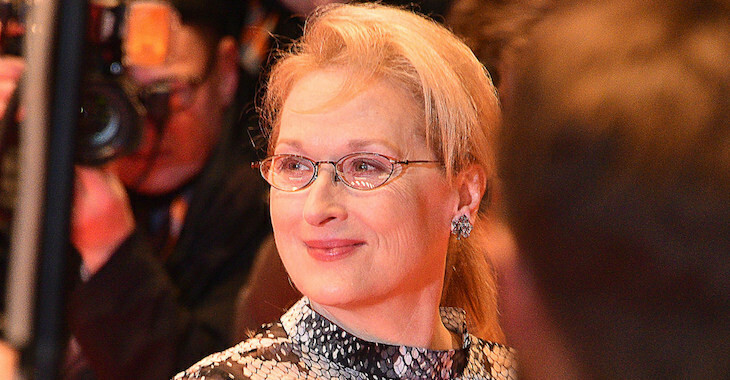 The most buzz-worthy moment of Sunday’s Golden Globes ceremony was a Meryl Streep speech that criticized not only Donald Trump and the sport of football, but also threw a subtle jab at mixed martial arts.

“Who are we, and what is Hollywood anyway? It’s just a bunch of people from other places,” Streep said after she was honored with the Cecil B. DeMille Lifetime Achievement Award. “So, Hollywood is crawling with outsiders and foreigners. And if we kick them all out, we’ll have nothing to watch but football and mixed martial arts, which are not the arts.”

Given that the Golden Globes draw in something in the area of 20 million viewers annually, it’s not surprising that this speech quickly began generating responses from the MMA community. While the majority of these responses came from passionate fight fans, a number of others also came from top fighters and MMA personalities, ranging from former UFC heavyweight champ Josh Barnett, to reporters Megan Olivi and Ariel Helwani to, Bellator MMA President Scott Coker.

Check out some of the best of these responses below:

Disagree about the arts but otherwise a lovely speech… https://t.co/wYNEJ4WqTF

What a fucking joke https://t.co/4SCIAUquCv

Or you're a pro mma fighter that can't stand her or her liberal ways. Basically if you don't agree with her opinions then you're bad person https://t.co/5VI7ZyAPlN

You lost me at mixed martial arts, Meryl. Not cool.

Leftover Chinese or frozen pizza…paralyzed by indecision. If only I had an A-list celebrity to guide me, perhaps offer general life advice…🤔

Really weird to see someone talk about not discriminating then basically discriminate against an entire group of skilled, hard working ppl.

With all due respect to #MerylStreep… MMA may not be the "arts" but then again, neither was "Ricki and the Flash." #GoldenGlobes pic.twitter.com/jEENO3CC0M

Just my response to the dig at MMA by #MerylStreep from her speech from the #GoldenGlobehttps://t.co/9iYvDl1C99

As a martial artist and an MMA promoter, here is my open letter and #Bellator170 invite to the very talented #MerylStreep #GoldenGlobes pic.twitter.com/zostN22RAK

As you can see in this latter Tweet, Bellator boss Scott Coker went so far as to invite Streep to Bellator 170 in an attempt to sway her on the many strengths of mixed martial arts. This card, which will emanate from Los Angeles, California, will be headlined by a lightweight showdown between three-time UFC title challenger Chael Sonnen and former UFC light heavyweight champion Tito Ortiz. The card will also feature a welterweight scrap between Paul Daley and Brennan Ward, and a middleweight style clash between Hisaki Kato and Ralek Gracie.

What did you think of the Golden Globes’ much discussed Meryl Streep speech? Were the beloved Holly star’s comments justified? Make your voice heard in the comments section, PENN Nation!