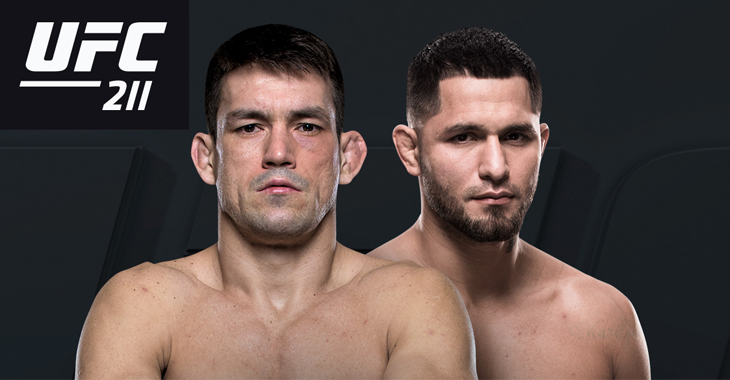 This weekend, on the main card of a stacked UFC 211, fan favorite welterweight contender Jorge Masvidal will face one of the trickiest tests of his career in top contender Demian Maia. From the early vantage point, the winner of this fight looks like a shoo-in for the next shot at welterweight champion Tyron Woodley.

“What’s coming on May 13, people ain’t ready for,” Masvidal said. “If this was being sold on DVD’s, you would make a half-an-hour line to get this DVD. Cause it’s going to be brutal. If you don’t like seeing violence, don’t [expletive] tune in May 13. Cause what’s coming on May 13 is going to be violent. It’s going to be some [expletive]. The same way I told you about the [Donald “Cowboy” Cerrone]  fight, it’s going to be violent. This is not PG-13. This is not rated ‘R.’ This is ‘XXX.’ If you don’t like those types of films, don’t tune in May 13. That’s all I’m going to say.”

Masvidal will enter his UFC 211 bout with Maia on a three-fight streak, having recently defeated Ross Pearson by decision, Jake Ellenberger by TKO, and Donald Cerrone by knockout. Maia, meanwhile, will step onto the canvas on a six-fight streak. Highlights of this streak include defeats of Ryan LaFlare, Neil Magny, Gunnar Nelson, Matt Brown and Carlos Condit. Though Maia is the more established welterweight contender, Masvidal has actually crept into position as the fight’s betting favorite over the last few weeks.

Who do you think wins this Jorge Masvidal vs. Demian Maia fight?