In the wake of this win, Masvidal quickly began calling for a fight with top welterweight contender Demian Maia. While Maia initially seemed reluctant to accept this fight, stating that he would prefer to wait for a shot at the title, he eventually signed on the dotted line. The two welterweights will go at it on the main card of UFC 211 this May 13.

On Wednesday’s edition of BJ Penn Radio, Masvidal explained to host Kinch that he has a lot of respect for Maia for accepting the fight.

“It’s good that he wanted to get it crackin’.”

While Masvidal respects his upcoming foe, however, he feels he has all the tools to defeat him – tools many of Maia’s previous opponents lacked.

“Just how people were surprised about my striking against Cowboy, they’re going to be even more surprised by my grappling in this fight,” he said. “You can’t beat a guy like Maia unless you can grapple at that level. And most of the dudes – especially the guys he’s fought – are not at that level of defensive wrestling or defensive jiu jitsu to beat him. I know that I am. I know that in every position we could come to in MMA, I’m going to out-position this guy. I’m going to out-will him, and then he’s going to give in to the fatal blow.” 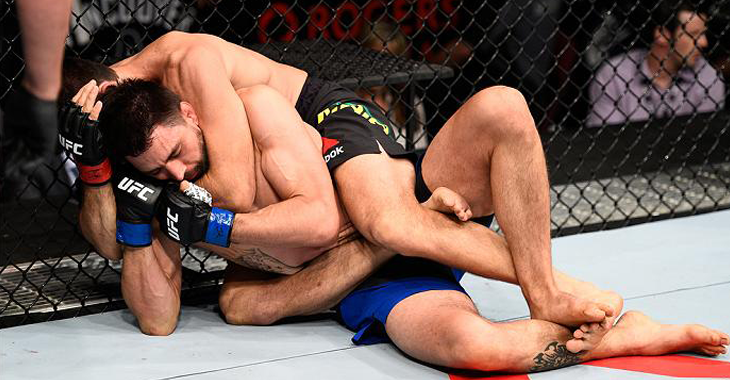 This confidence, Masvidal explained, can be attributed in large part to regular training with grappling-based south paws like Colby Covington and Nathan Coy.

Jorge Masvidal wrapped up his segment on BJ Penn Radio by offering up a prediction for his fight with Maia. His confidence shone through once again:

How do you think UFC 211’s Jorge Masvidal vs. Demian Maia fight will go? Sound off, PENN Nation!