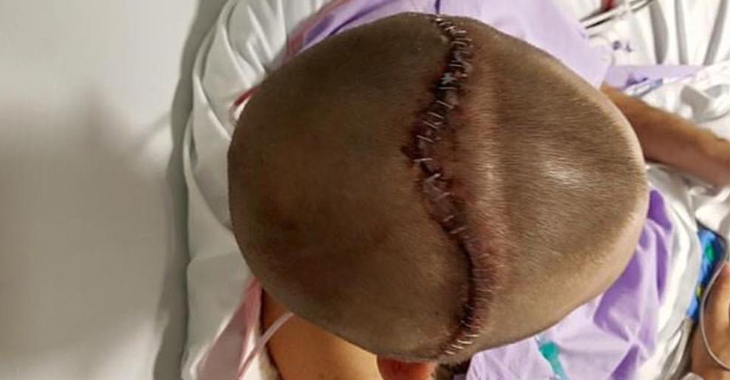 Dana White is famous for saying, “Do you want to be a fighter?”

Martial arts comes with its risks, but fighters who are aspiring to reach their goals have to bite down and assume those risks.

Wayne Parr said in his post, “A friend of mine here in Australia Ryan Doyle had a tough fight a few weeks ago and had his eye socket broken from an elbow.
To fix it up doctors had to make a small incision to clean up the bone fragments. The incision might have been a little bigger than first expected.
There is no much thing as “playing Muay Thai 😳”.
From Ryan:
“They had to cut through the top and peel my scalp down. Because the part that was caved was in my forehead/eye socket. Plus I had a heap of floating bone fragments they had to get rid of. I think this was the easiest way for them and their thought are that I can grow my hair over the scar lol”.”

Now, let’s get back to Dana White’s question. Do you want to be a fighter?