Colby Covington recently announced his departure from American Top Team and has now proceeded to unload on a number of his previous teammates.

Shortly after his name was removed from ATT’s official website, Covington revealed to The Score MMA that he was no longer a member of the gym.

Covington added that there were no hard feeling with ATT owner Dan Lambert.

“There’s no ill will or hard feelings toward American Top Team or Dan Lambert. It’s just a business decision and nothing more.”

Despite not having any ill will towards Mr. Lambert, ‘Chaos’ is clearly enjoying not being under the new rules that were recently implemented by the gym.

American Top Team had enforced a new “trash talking” policy for its gym members, one that prevented Colby Covington from engaging with his teammates.

However, now that he is no longer affiliated with the gym, Covington was quick to jump at the opportunity to bash some of his former teammates.

“A lot of people were sensitive, namely “Doufus” Dustin [Poirier] and “Street Judas” [Jorge] Masvidal,” Covington told MMA Fighting. “They had feelings. They don’t want to fight me in the cage. They’d rather go cry to Dan Lambert and beg him to protect their precious little feelings cause if they fight me in the cage, they know what’s going to happen. I’m going to tear them limb from limb. 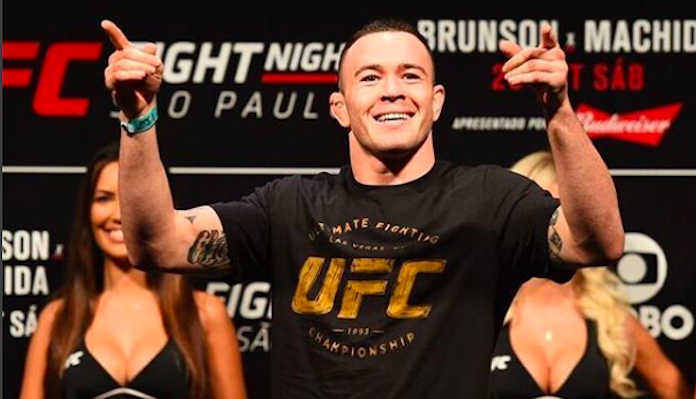 “The best way I can put it — Joanna “Jordaycheck” is a c**t. Dustin “Doofus” Poirier is a b*tch and Jorge “Street Judas” Masvidal is a p*ssy,” Covington said. “And Jorge running all these narratives to the news ‘oh he’s my teammate, I can’t fight him.’ Guess what? I’m not your teammate no more. I’m not your roommate but I’m still your f*cking daddy, b*tch. So what’s your excuse now, Jorge? I’m ranked higher. I’ve got a better record. I’m more relevant. Why won’t you fight me now? Want to know why he won’t fight me? Cause I’m still his f*cking daddy. Cause I give him spankings.”

What do you think of Colby Covington unloading on his former ATT teammates? Share your thoughts in the comments section PENN Nation!

This article first appeared on BJPENN.com on May 28, 2020