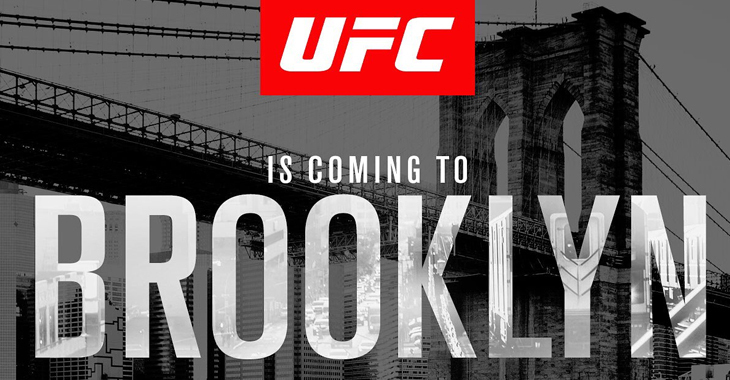 The UFC isn’t playing around this year. Fresh off the heels of an undisputed title fight between Khabib Nurmagomedov and Tony Ferguson being made official for UFC 223, there is another huge fight being slated to join them. Rose Namajunas is expected to defend her UFC strawweight championship against former champ Joanna Jedrzejczyk after shockingly taking it from her back at UFC 217 in one of the organization’s biggest upsets in their history. First reported by TalkMMA, the information has now been confirmed by Ariel Helwani as being discussed, but not finalized yet.

How huge is UFC 223 going to be? If all bouts are finalized, Khabib Nurmagomedov and Tony Ferguson for the lightweight title should be the main event, with Joanna Jedrzejczyk’s attempt at winning back her strawweight title against Rose Namajunas being the co-main. No matter what the rest of the card looks like, that’s a badass fight card filled with exciting, high drama violence.

While the booking – while expected – may be surprising to some people, it wasn’t surprising to Rose Namajunas. She may have even been hinting at the rematch on Monday. When asked about the rematch, she said it made sense and even targeted her next fight to be in April. UFC 223 is expected to take place on April 7th.

“[It makes sense] for a different number of reasons. I think [Joanna Jedrzejczyk]’s definitely the fight that most people want to see, but I’m always open to fighting anyone. We’ll see. I’ve got some travelling coming up this month,  I was thinking Spring, maybe April. […] I never really took anything [she did] personal, even after the fact. That’s just what she had to do. That was her best strategy to beat me, but it didn’t work, and it’s still not going to work.” — Rose Namajunas speaking to MMA Junkie.