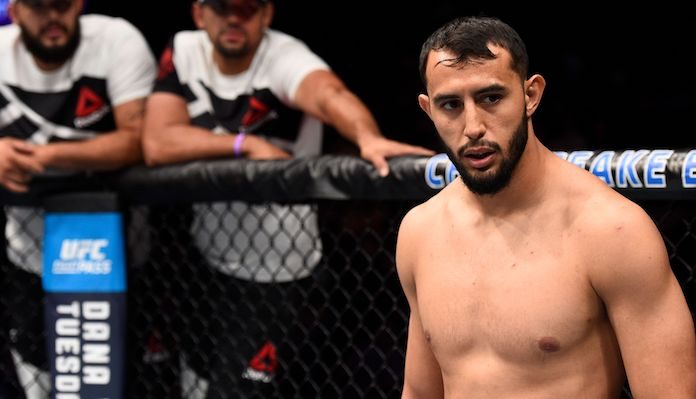 Round one begins and Cannonier comes forward with a punch. Reyes catches him with a kick to the body. More forward pressure from Jared. He misses with a left. Reyes connects with a pair of front kicks to the body. Dominick circles and throws another kick. He slips but gets back up to his feet. Reyes with a nice low kick. He shoots in on Cannonier but Jared stuffs the attempt. Reyes with a nice jab from the pocket. He circles along the fence. Cannonier presses forward and looks to clinch. Reyes avoids the position and fires off another kick to the body. Dominick is utilizing his jab now. Jared ducks under and leaps in with a combination. Reyes with a an uppercut that appears to rock Cannonier. Reyes with pressure now. He lands a head kick and Jared is on stilts. Reyes comes in with another uppercut and Jared is out cold. WOW! Dominick Reyes is for real!

After a flurry of strikes, Dominick Reyes win by TKO. pic.twitter.com/sZutKEp3Ci