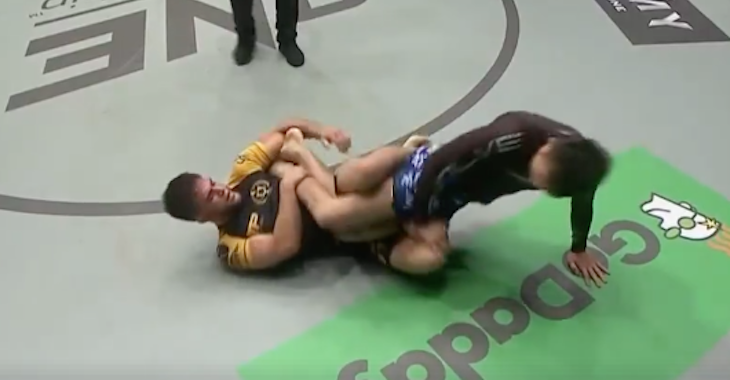 Garry Tonon has some amazing achievements under his black belt. He’s beat names like Dillon Danis, AJ Agazarm, Ralek Gracie After winning multiple International Brazilian Jiu-Jitsu Federation (IBJJF) No-Gi world titles and becoming a multiple time three-division champion at the Eddie Bravo Invitational, grappling stud Garry Tonon has finally decided to transition into MMA. His ONE Championship debut has yet to be announced, but Tonon recently opened up about his shift in focus to MMA in a new interview.

“The reason why I’m switching over now it’s because I’ve done quite a bit in my jiu-jitsu career. I could’ve transitioned to MMA potentially earlier, but the right offer wasn’t necessarily on the table. I was very much still focused on grappling, and there were still a few things that I wanted to do. I wanted to get that last ADCC out of the way, and it’s hard to split my focus between grappling and mixed martial arts. I always told people when I was coming up in jiu-jitsu that I was interested in fighting, but that I wanted to get good at jiu-jitsu first before starting mixed martial arts, and I think that I’m kind of good at jiu-jitsu now.”

“My whole thing is that competition, whether it’s in jiu-jitsu or mixed martial arts, it’s very short lived and I’m only going to have a certain career length. I don’t know how long it will be. Maybe it’s going to be until 40, like a guy like Demian Maia, or maybe it’s going to be until my early thirties. I can’t say for sure, you never know with injuries, but eventually there’s going to be a day where I’m not going to be able to compete at the highest level. And for me, the long game is being able to teach and being able to pass on the skills that I learned to my future students. And a big part of why I want to do martial arts is because I know that one day I’m going to have students interested in mixed martial arts as well as students that are interested in self-defense in general, and for me to say, ‘Well this works in a fight, that works in a fight,’ and never having stepped in the ring when I was capable of it, I think it’s a disservice to them. So a big part of why I want to do MMA is to build my abilities as a teacher.” — Garry Tonon speaking to MMA Fighting.

It won’t be the first time he’s been in the ONE cage. He tapped out Japanese MMA legend and former ONE lightweight champion Shinya Aoki at ONE: Dynasty of Heroes, when he competed in the promotion’s first ever submission-only grappling superfight. That’s not the only MMA fighter he’s tapped either. Garry Tonon has grappled against Masakazu Imanari, Beneil Dariush, Marcin Held, Vinny Magalhaes, and even Rousimar Palhares. All of which he won against besides grappling to a draw with Palhares. We’ll all be waiting to see how well his elite ground game translates to MMA with strikes added into the picture.