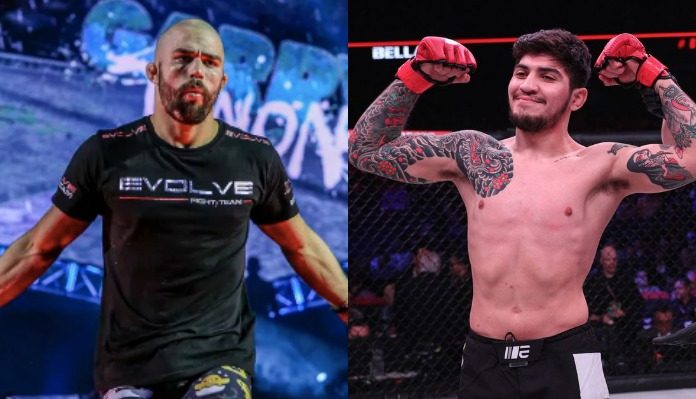 BJJ star Garry Tonon is now 2-0 in mixed martial arts, having bested Richard Corminal and Rahul Raju under the ONE Championship banner. In roughly the same timeframe, another star of the BJJ world, Dillon Danis, has moved to 1-0 in MMA, having made a successful debut with a submission Kyle Walker under the Bellator banner.

Given that both BJJ stars are beginning their MMA careers at the same time, much has been made about a potential fight between them. Apparently, this is something Garry Tonon himself has considered.

“I had put the idea of fighting Dillon in MMA out there a few times, I think,” Tonon told MMA Fighting‘s Peter Carroll this week. “I think I put it out there a few times that I would’ve fought Kron Gracie too. There were a few guys from the jiu-jitsu world I was thinking about fighting; A.J. Agazarm was another one of them.”

Of course, given that Dillon Danis is currently signed to Bellator, and Tonon is happily inked with ONE, this fight is unlikely at present. Given this reality, Tonon doesn’t see much point in talking about it right now.

“Of course, I’m open to it, but the fact that we’re signed to different promotions makes it impossible at this stage. I try to avoid talking about it too much because at this point, it’s all talk. I can say whatever I want and he can say whatever he wants, but at the end of the day, in order for us to fight it would take one of us leaving a contract for it to happen.”

All that being said, Garry Tonon does believe the fight could happen down the road.

“It’s probably going to take years, or at least a year, before that could actually happen, even if that was something we both wanted to do. That’s just how these fight contracts work — it’s pretty difficult to just opt out one-way or another. If it happens it will be later in our careers.”

“I think if that fight happens it’s going to be in the future when we both have a lot more MMA experience. At the end of the day, that’s going to make it a more exciting fight anyway.

“Who knows, maybe he only has a short term contract with Bellator or something and he decides he wants to come over to ONE. I think I’m going to be with ONE for a longer period of time, I’m not leaving any time soon, so it’s not going to happen from my end.”

If Dillon Danis were to move to ONE Championship for a fight with Garry Tonon, Tonon isn’t sure where the fight would occur weight-wise. Danis is quite a bit bigger than he is, and ONE Championship doesn’t allow extreme weight-cutting.

“We’re definitely in different weight classes though, so it would have to be at a catchweight or something,” he said. “I really doubt that he could make 170 lbs for ONE Championship because you have to be that weight and be hydrated.”

Does an MMA bout between the BJJ stars Dillon Danis and Garry Tonon interest you?