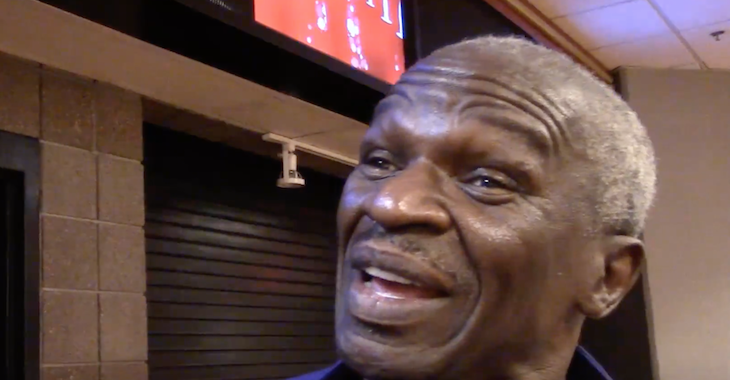 Earlier this month, in the main event of UFC 205, UFC featherweight champion Conor McGregor cemented his place in the UFC history books when he TKOd Eddie Alvarez in the second round to claim the UFC lightweight strap, becoming the first man to simultaneously hold two championship belts in two weight classes.

Several weeks prior to the fight, McGregor appeared at the UFC 205 pre-fight press conference, where he was asked who he would like to fight next if he defeated Alvarez. McGregor of course stirred up quite a bit of controversy when he stated that he was considering making the jump to boxing for a boxing match with Floyd Mayweather.

It wasn’t the first time McGregor and Mayweather were linked to a fight, following McGregor being pulled from his UFC 200 headlining scrap with Nate Diaz in July, McGregor and Mayweather verbally agreed to a boxing match, with talks progressing to the point that Colin Cowherd even went as far as to announce the date for the potential bout.

Now, on the heels of McGregor’s win over Alvarez, talks of a McGregor-Mayweather boxing match have once again picked up steam. With that being said, McGregor’s potential fight isn’t only with Floyd Mayweather Jr.

“Let me tell you something about McGregor. If he knows what’s good for his ass, he better go somewhere and sit down. Especially if he talking about messing with the Joy Boy (Roy Jones),” he said “If they want me to fight him, I’ll fight him. I betcha I’ll knock his ass out. If we fighting, not with the feet and stuff like that, that’s a whole different story, and that’s going to be with Floyd too, they won’t let him fight with feet too. So I’m just going to tell you right here, I would put him to sleep and I’ll put it on his ass for real.” In regards to his son, Floyd Mayweather Jr., fighting McGregor, he stated: