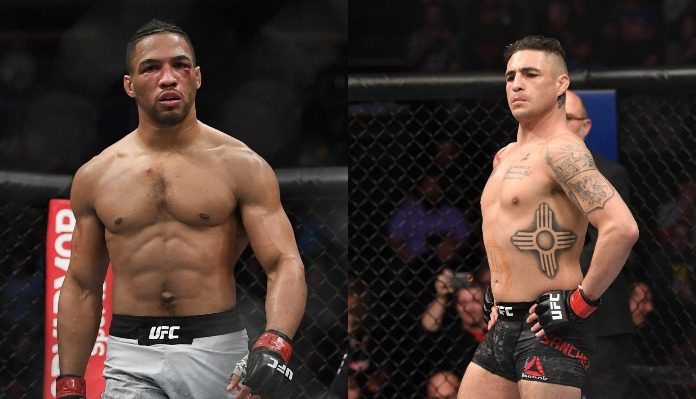 In the main event of Eagle FC on Friday in Miami, Kevin Lee is set to face Diego Sanchez at 165lbs. Lee is a massive -800 favorite while ‘The Nightmare’ is a +500 underdog.

Heading into the fight,  BJPENN.com reached out to pro fighters to get their prediction for the scrap. As the odds suggest the pros believe this is a total mismatch and it will be Lee winning violently.

Matt Brown, UFC welterweight: Probably Kevin Lee, the way Diego Sanchez wins is by using his cardio and tiring out Lee but I don’t see that happening.

Chris Daukaus, UFC heavyweight: I like Diego Sanchez as much as the next guy but I have to go with Kevin Lee.

Max Griffin, UFC welterweight: Man, tough fight for Diego Sanchez, he is a friend of mine so I have to go with Diego but it’s a tough fight. Lee is good but Diego could just out cardio him.

Brian Kelleher, UFC bantamweight: I think Kevin Lee. Lee is still in his prime while Diego Sanchez is near the end of it and has been through some wars. Diego may be able to survive the fight but Lee will dominate it.

Cody Durden, UFC flyweight: I think Lee. Diego Sanchez is on his way out and I think you will see a new, motivated Lee who’s ready to make a statement at 165lbs given it’s his first fight after his UFC release.

Who do you think wins the Eagle FC 46 main event between Kevin Lee and Diego Sanchez?