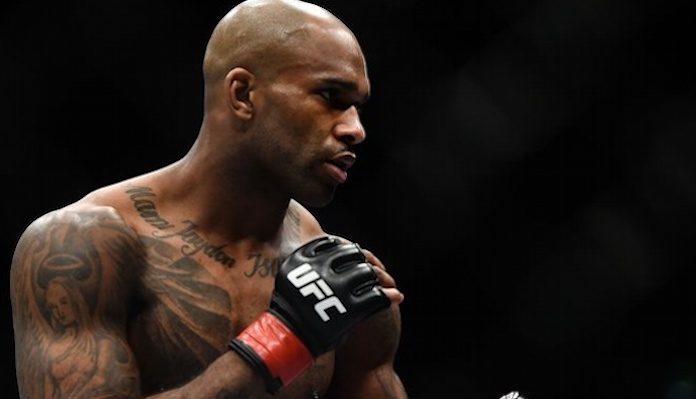 Manuwa retired from MMA following his KO loss to Aleksandar Rakic at UFC Stockholm in June of 2019. That setback had marked his fourth in a row and prompted ‘The Poster Boy’ to hang up his gloves. However, since announcing his retirement, Jimi has always flirted with the idea of making a comeback.

Now, after attending UFC London and watching the fights, Manuwa says he has the fire to come back and fight again.

“I’ve been fully retired but it’s always been on my mind to come back and fight whether it’s boxing, a celebrity fight, or something like that, or even come back to the UFC,” Manuwa said to BJPENN.com. “Right now, the light heavyweight division is terrible and I saw the fights at UFC London and it is always in me to fight. The competition and fire is still there. I left the event feeling frustrated, like wanting to come back even more. I thought the light heavyweights didn’t look great and I could put on a show. All my fights were always exciting and those fights were not exciting and it gives me more enthusiasm to get up and train and come back.”

If Jimi Manuwa does fight again, he isn’t sure if his return bout will be in the UFC or elsewhere. But, the 42-year-old says his body is feeling good and wants to give it one more go and entertain the fans with his fights.

“I probably will fight again. I’m not sure if it will be in the UFC or elsewhere, but I will probably fight again,” Manuwa said. “I think I retired too soon, I only retired because I lost four in a row and I felt that isn’t where I should be. I didn’t feel like I didn’t want to fight or I was done, I still have a little more to give, I only retired because of the losses.”

Would you like to see Jimi Manuwa return to the UFC?