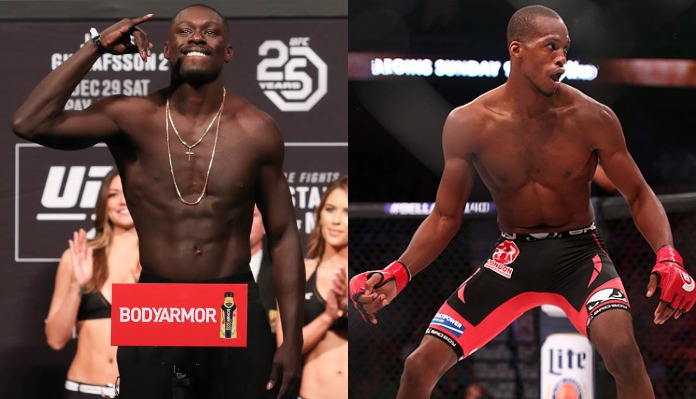 Curtis Millender says he’s been offered a fight with Michael Page numerous times, yet “MVP” has never accepted the fight.

Millender is set to return to action against Moses Murrietta at Bellator 238 in his first fight since being released from the UFC. Yet he is not fighting a big name like Michael Page, which he says is because MVP has been ducking him.

He claims the Brit turned him down during his first stint with Bellator, before the UFC, and is now doing so again.

“That was supposed to be my first big fight and it never happened, before I signed to the UFC, and now after it was supposed to happen,” Millender told BJPENNN.com. “I’m not the one that doesn’t want it. I’ve even offered to step in on short notice and fight him but it’s never happened. The ball is in his court. I just honestly believe he does not want to fight me.”

Curtis Millender hopes the fight can be made, and thinks Bellator should be interested in doing it as well. Yet he isn’t sure if the promotion will make the fight, based on his matchmaking experience in a local promotion in Southern California.

“I would hope they would be [interested], but, now that I am a matchmaker in a promotion in Southern California, the opportunity to have that fight with us being bigger names in the sport, makes too much sense. That is one of the fights that has to be made,” he said. “There is so much that can be sold to make that fight. We will see what happens after this fight.”

One common complaint many have against Michael Page is the skill-level of opponents he fights. When Curtis Millender was in the UFC, he thought it was Bellator forcing Page to take these fights. But now that he is back with Bellator and was offered a fight wth Page, he believes it is MVP that is turning down tough opponents.

“It is on both of them,” he explained. “Bellator is giving him easy opponents but now I know he has the option to take a harder fight but he doesn’t take it. F**k that guy.”

Millender knows he will get his hand raised at Bellator 238 and after that, look to sign with the promotion that offers the most amount of money. That could very well be PFL.

PFL offers the champion of each division a $1M payday at the end of each season, and recently signed Rory MacDonald. Millender calls MacDonald a dream fight.

“That is a very possible option. A good look and Rory MacDonald is over there and that has been my dream fight,” he said. “I’m here to get the money so wherever I get that, they can get my services.”

Although MacDonald is Millender’s dream fight, he still wants to fight Michael Page and says his career won’t end right unless that scrap happens.

“Equal pay and equal notoriety I have to go with MVP. That is just because life won’t be right unless I will be able to slap him,” Millender concluded.

Are you interested in seeing Curtis Millender vs. Michael Page after Bellator 238?