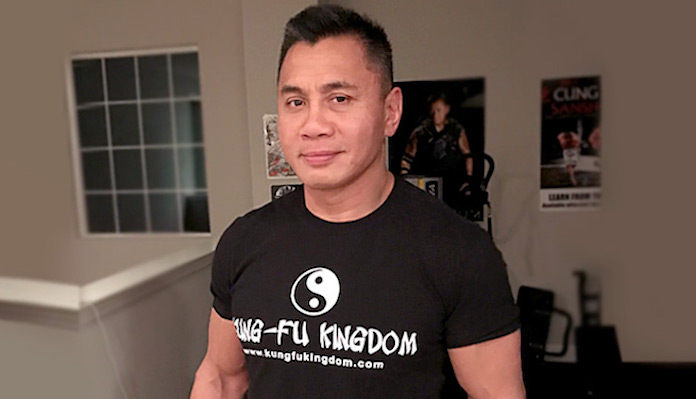 In 2014, shortly after a TKO loss to Michael Bisping in Macau, Cung Le tested positive for elevated levels of Human Growth Hormone (HGH). The UFC promptly handed Le a nine-month suspension, which was later elevated to a twelve-month term.

Fight fans were quick to pile-on and vilify Le—but things were not as cut-and-dry as they seemed.

In the weeks following Le’s failed drug test, it became clear that his result was due to a handful of errors and oversights on the part of the UFC and its partners.

While operating in Macau, which does not have its own athletic commission, the UFC operated as its own governing body, and hired a local testing facility to undertake anti-doping measures. As it turned out, this facility was not WADA-approved, and made a number of key errors in its testing procedures—most notably testing Le after a gruelling fight, at which point HGH levels would naturally be higher.

“They said I took HGH,” Lee recounted on the latest episode of BJPENN.com Radio. “Dr. [Don] Caitlin, an Olympic testing specialist, didn’t stick up for me because he knew me or liked me. He stuck up for his 10 years of research saying that UFC’s claims against me for taking HGH were wrong.

“If you’re doing testing, you have to test when [the test subject] is fasted and when their resting heart rate is normal or when they just woke up,” Le continued. “They literally tested me and Michael right after the fight. I was clean of everything else. I even took another test and put it out there and compared the two tests. Of course my HGH level was spiked because I literally got blood drawn out of me right after the fight. They pulled me back to the bathroom when I was all bloody, I actually had just lost the fight. I went four and a half rounds against Michael Bisping. Of course my levels are going to be elevated. I’m bleeding out of my face, the bone underneath my eye was broken. So my body was trying to heal itself right then and there, of course my HGH level’s going to be through the roof. And then for them to throw me under the bus…”

Cung Le continued, explaining that his and Bisping’s tests were destroyed immediately after the fact, which also damaged the credibility of the claims against him.

“I asked them, ‘hey, where’s Michael’s test?’ [I said] ‘I want to do the blood test again, let’s do it again.’ They’re like, ‘Oh, it’s been destroyed.’ So right there I knew if you’re not on their team, if you’re not with them, you’re against them.”

Just prior to his fight with Bisping, Le had been offered a new eight-fight deal with the UFC. He says he declined to sign it because he wasn’t able to connect with his lawyer, but the UFC encouraged him to sign anyway, evidently upset by his reluctance.

“Right before I left, they wanted me to sign another eight-fight deal,” Le said. “I would’ve signed it. I was already thinking of moving down in weight, because all these guys [at middleweight] are so huge.

“I mentioned that to Dana[ white],” he added. “I didn’t sign my deal memo right then and there, because my lawyer was out of town. They wanted me to sign it right then and there, like literally the day before I flew out to Vietnam to finish up my training camp so I could acclimate to the time in China.”

Le’s failed drug test and resulting suspension were ultimately rescinded for precisely the reason he describes above. After this fiasco, however, he decided against signing a new deal with the UFC, and instead requested his release from the promotion.

Today, Cung Le is involved in an anti-trust lawsuit against the UFC. He’s also working as a brand ambassador for a new combat sports promotion called EKIC, which places significant importance on treating fighters properly.