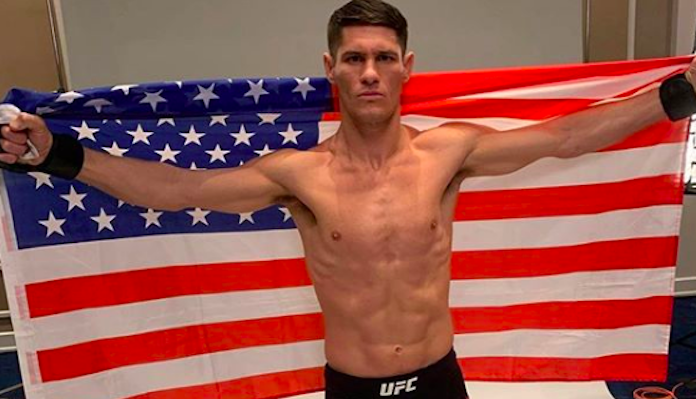 Charles Rosa was shocked when he saw that Justin Jaynes was betting his entire fight purse on himself.

Rosa and Jaynes were set to fight on the prelims of UFC Vegas 30 and on paper, it was a competitive fight. Yet, the fight garnered major attention on fight week when Jaynes revealed he was betting his entire fight purse on himself. For Rosa, he says he doesn’t know why he did that as he believes it added more pressure on him than necessary.

“When I saw that I thought he was putting a lot of pressure on himself. However, I knew he was never going to quit now so I had thought I would either have to break a limb or put him unconscious as he wasn’t going to tap,” Rosa said to BJPENN.com. “But, that is the name of the game, my family has put money on me, but I have enough at stake and enough to worry about that I don’t want that added pressure. You also win twice your money anyway, like you get your show and then you get your win money, so you are already pretty much betting on yourself that if you win you get doubt your money. I don’t know why he did that, and as an outsider, it sucks that he put in all the work and is going home with nothing.”

The fight was a back-and-forth one but when it went the distance, Rosa knew he won the fight. Yet, when the scorecards were being read it was announced as a split, but the Boston native still got his hand raised.

“I knew I won the fight. I asked ‘DC’ (Daniel Cormier) about the fight and he’s like you won it,” Rosa said. “Then, when they said split I got nervous because I’ve lost some close split decisions or other decisions that I didn’t get. But, I’m glad that two judges got it right and I got the win.”

With Rosa back in the win column, the hope for “Boston Strong” is to return in the fall. He says he wants to be active and start a winning streak that eventually sees him atop the featherweight division.

“I told my manager I want to get back in there soon, probably the fall. I want to stay active and I’m starting to make some good money and I truly believe this win is the first of my run to the top,” Rosa concluded. “At this point, as well, it’s also just who the UFC offers me. There are some fights I want down the line like Yair Rodriguez which is several fights away. But, I want to be on the first card back to Boston.”

Who would you like to see Charles Rosa fight next?