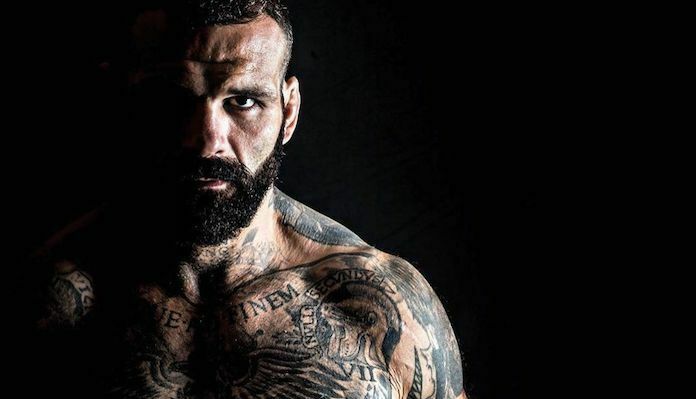 The entire mixed martial arts world is on a hiatus due to all the coronavirus madness going on these days, and so is Italy’s fighting legend Alessio Sakara.

Since the beginning of the full lockdown in Italy, the former UFC fighter, and current Bellator star, is quarantined just like the rest of his fellow countrymen.

“I’m lucky enough to have my own personal gym at home”, Sakara told BJPENN.com. “Even during normal times, I used to train at home before going to the gym, so I can train three times per day.”

Sadly the abovementioned normal times are gone for a while, as basically all mixed martial arts promotions put their shows on hold because of the COVID–19 concerns. Alessio Saraka’s promotion, Bellator, is one of those.

“I’m really glad to be part of this organization. Scott [Coker], a true leader, knows what being a fighter means since he’s been one himself. So, he decided to put fighters and staff’s safety before business.”

On the other hand, Dana White tried everything he could to go on with his shows. The brash UFC boss even considered having his athletes square off on a private island or using tribal lands, in order to let the promotional machine continue its work.

“I don’t like to judge other people, but I can tell I didn’t like how [Dana White] was handling things, while there’s a pandemic going on. I think people with his role should give the right example. Anyway, everyone does what they think it’s the best choice in order to follow their priorities.”

When life will be back to normality, Alessio Sakara will go back to his brand ambassador role for Bellator, as well.

“My job [as Bellator Italy’s brand ambassador] is to let MMA known on Italian soil, but above all is to spread the martial ethic of this sport, just like Bellator did multiple times, showing this is a sport based on mutual respect. In fact, I use to go to Italian schools and talk to kids about martial arts and do anti-bullying speeches. Besides, I scout young Italian talents and bring them to the attention of Bellator Italy. I’m very proud of that”, Rome’s own admitted.

The latest Italian fighter to sign a multi-bout deal with Bellator has been Pietro Penini, who recently competed at Bellator London. “King Kong” was able to bring home a unanimous decision over SBG’s representative Charlie Ward.

“I’m very happy with the Italian team we’re putting on and Pietro Penini deserves to be part of it, just like the other ones. Other young talented fighters are coming. Italy’s voice is about to become louder than ever.”

Bellator’s return in Belpaese was set on October 10, in Milan and even if the promotion has postponed most of its near-future events, Legionarius guarantees Milan’s gig is still a thing.

“Surely the event is on, and I’ll be fighting on that card. Before that, though, I’m fighting outside Italy. It had to be on May 29, but now we have more important things to care about. I’m in shape, I’m training. I waiting for the call before October’s fight, as soon as the lockdown will be over.” 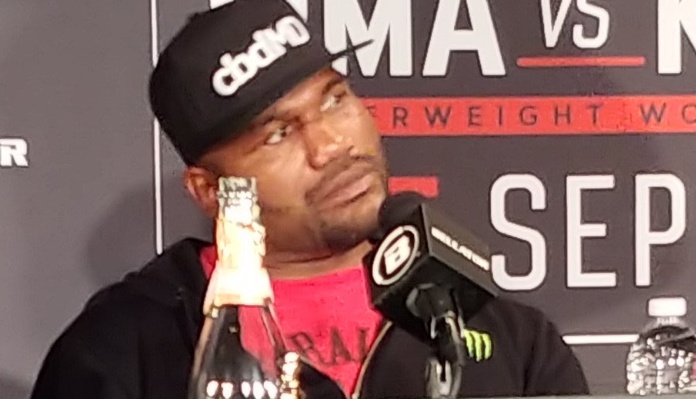 Alessio Sakara has been around almost for 20 years now, having made his MMA debut in 2002 and he’s been the first-ever Italian fighter to sign with the UFC, 15 years ago. The 38-year-old warrior is not willing to stop, though.

“I gave myself a goal: competing until I’m 42 or 43. My hero is Randy Couture who fought until he was 47. However, I’m going to stop earlier since I got other stuff going on, besides fighting. I’d like to take part in a light heavyweight tournament and even if it’s a long shot, I’d love to lock horns with Quinton Jackson. I respect him as a fighter and it would be a thrilling bout between two great strikers. Anyway, every opponent will work for me. I’ll be ready until the end.”

How do you like a fight between these two veterans of the sport? Sound off in the comment section below PENN Nation!