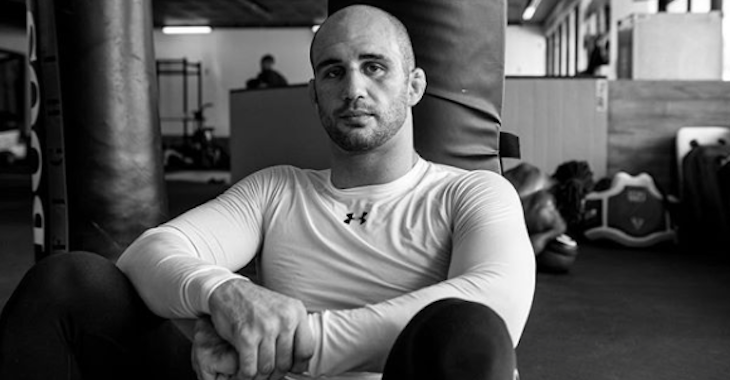 On January 20, when the UFC touches down in Boston, Massachusetts with UFC 220, Swiss light heavyweight contender Volkan Oezdemir will attempt to topple the division’s champion Daniel Cormier.

Ahead of this fight, the two fighters’ advantages are quite clear. Oezdemir, of course, has established himself as one of the light heavyweight division’s most venomous punchers. Cormier, meanwhile, is one of the most accomplished wrestlers in the division – and in MMA, period.

“He’s coming here from a wrestling background and I’m coming from a striking background, but definitely it’s the highest level of the UFC, and we’ve both been fighting for a while now,” Oezdemir said. “He’s been holding the belt also for a long time. And you’re gonna see definitely a full display of fighting.”

“I mean MMA is a complex game,” he continued. “We’ve seen a lot of a wrestlers being taken down this year, taken down by many guys that are not supposed to be wrestlers also, you know? It’s all about your stance, and when you use any proper technique. It’s a really complex game, so it’s all about putting everything together and I think I’m gonna do really well with this. My striking is getting really sharp right now, my wrestling is improving so much and it is gonna be… I’m gonna show it on January 20.”

Oezdemir then discussed the risk Cormier is taking by fighting him, rather than a more established contender such as Alexander Gustafsson.

“Definitely it’s a risk for him also because I don’t have a big name yet, so if you think about it business-wise, it’s something you have to think about,” he said. ” Yeah, it’s a big risk, but I think he made a poll, and I was number one in the poll, so I guess he chose [me] … He was concerned about what the fans wanted and the fans just chose me, so I think it’s pretty classy [of him] also.”

How do you think Volkan Oezdemir will cope with Daniel Cormier’s wrestling at UFC 220?