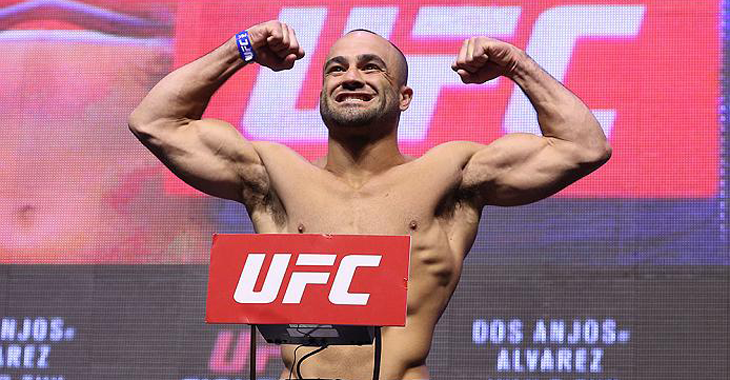 Let's do this @TheNotoriousMMA I'm ready !! Your futures not bright enjoy this one while it last . #ItsAllOver

Alvarez went on to claim that he will end Conor McGregor’s illusion of greatness at UFC 205 in New York this November.

The illusion of Greatness will soon be Over. It's time for Truth ! GN guys I have an early morning #ufc205 #eafight #thnq #phillyfighter

Conor McGregor’s coach John Kavanagh not only retweeted Alvarez’s posts, but also issued his own statement:

Meanwhile, “Mystic Mac” is coming off a majority decision victory over Nate Diaz, which he scored in the headlining bout of UFC 202 in Las Vegas.

The brash Irish superstar has gone 8-1 in his UFC career, scoring finishes in six of those eight victories.

Conor McGregor will look to become the third two-division champion in UFC history if he squares off with Alvarez at November’s UFC 205 event, following in the footsteps of UFC legends BJ Penn and Randy Couture.

Who do you think will emerge victorious if McGregor and Alvarez throw down in New York on November 12? Sound off PENN Nation!