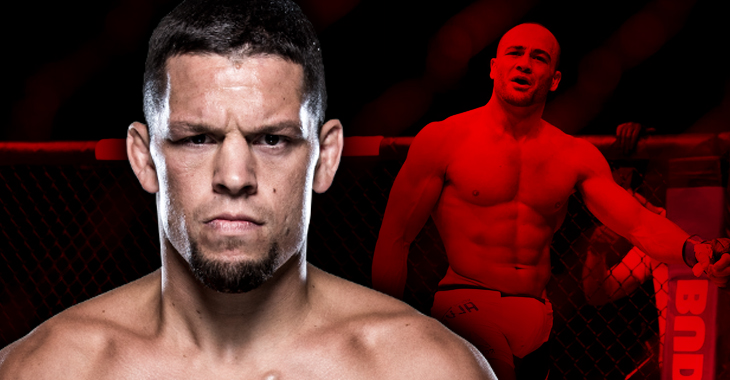 As soon as Nate Diaz announced that he’s tired of waiting on the sidelines and ready to come back to bring excitement to the UFC again, a lot of fighters wanted to get on that action. Dana White said he was going to offer him a fight, but that it wasn’t going to be Tyron Woodley or Conor McGregor. While there were some talk going around about unofficial UFC ‘Most Violent’ champion Eddie Alvarez, it looks like this latest public service announcement confirms he may have been one of the fights offered to the Diaz brother. Alvarez just blasted Nate Diaz for supposedly not practicing what he preaches.

“If you only want Conor [McGregor] there’s nothing wrong with that, but keep it 100 with everyone, Nate Diaz. Don’t call out the entire [lightweight] division when you don’t want no work from anyone of us  It’s as phony as your whole character, you f-cking dork . You changed, man. Fake news. For your information, Nate Diaz had a common friend text me a message he sent saying he ain’t trying to fight me because I lost to Conor and he beat Conor on some MMA math sh-t . I was as shocked as you are right now. You forget [Rafael dos Anjos] ragdolled you? Nate’s fake news.” — Eddie Alvarez on Twitter.

“I just laughed [at the offer to fight Eddie Alvarez]. ‘Do you want the Eddie Alvarez fight?’ How dare you. He just got melted by the guy I just beat up. He just got plumbed by Conor [McGregor] and I just beat Conor’s ass. I just laughed at them, like ‘Get the f-ck out of here, call me with some real sh-t.’ You guys just offered me that fight that you knew I wasn’t gonna take so you can extend my contract, because it was almost over. My time was almost up on my contract. You get your loophole. Don’t be trying to play me.” — Nate Diaz with a similar response back in May 2017 on The MMA Hour.

You changed, man. Out of all the trash talk and insults any fighter could try and throw at Nate Diaz, Eddie Alvarez just probably dealt out the most unique and genuine quip to the Stockton solder. Diaz definitely could be holding out for that money fight with Conor McGregor, but Alvarez sees the fight refusal as a complete 180 from the kind of fighter Nate Diaz has presented himself as his entire career. There has been no official announcement of a fight offer, but hopefully there will be soon.