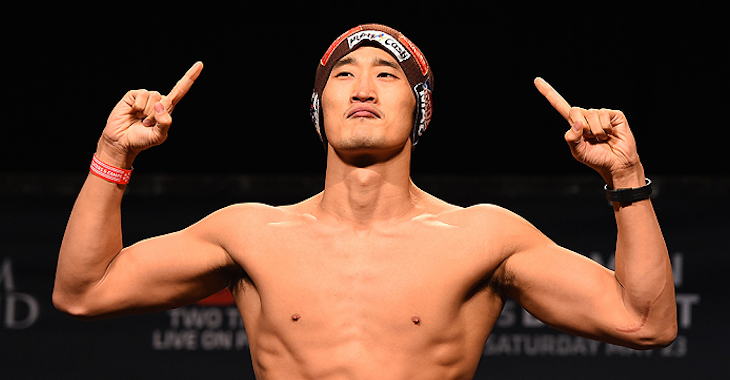 The highlights of UFC 207, which is scheduled for December 30, are the two title fights that sit atop the bill. The bigger of these title fights will see former women’s bantamweight queen Ronda Rousey return to action against reigning champ Amanda Nunes. The other will see men’s bantamweight champ Dominick Cruz defend his strap against undefeated challenger Cody Garbrandt.

While these fights are undeniably the highlights of UFC 207, the card is also something of a showcase for the welterweight division, as it will feature a number of compelling scraps between 170-pound fighters.

The biggest of these welterweight bouts will pit former champ Johny Hendricks against long-time contender Neil Magny. Other welterweight fights on the card include a scrap between Tim Means and Alex “Cowboy” Oliveira, another between Alex Garcia and Mike Pyle, and a third between Brandon Thatch and Sabah Homasi.

Now, it appears as though the UFC 207 lineup has grown by one more high profile welterweight matchup, as Belgium’s Tarec Saffiedine is rumored for a bout with South Korea’s Dong Hyun Kim on the card. This fight was announced by reliable Swedish outlet MMANytt.se.

Saffiedine, of course, was already expected to appear on the card. The former Strikeforce champion was briefly pencilled in for a bout with fan favorite brawler Matt Brown. When Brown was pulled from this arranged bout to take on Donald “Cowboy” Cerrone several weeks earlier at UFC 206 in Toronto, however, Saffiedine was left without an opponent. Enter Kim.

Kim was also recently scheduled to no avail. The South Korean judo specialist was expected to take on Gunnar Nelson in the main event of the UFC’s imminent return to Belfast, Northern Ireland. When Nelson pulled out of the bout with an injury, however, this bout was nixed and replaced by a middleweight rematch between Uriah Hall and Gegard Mousasi.

Saffiedine will enter this proposed UFC 207 fight with a tough 1-2 mark in his last three, having sandwiched a win over Jake Ellenberger between losses to Rory MacDonald and Rick Story. Kim, meanwhile, will step onto the canvas on a two-fight win-streak, having most recently defeated Joshua Burkman by submission and Dominic Waters by first-round TKO.

What do you think of this new welterweight booking? Sound off, PENN Nation!