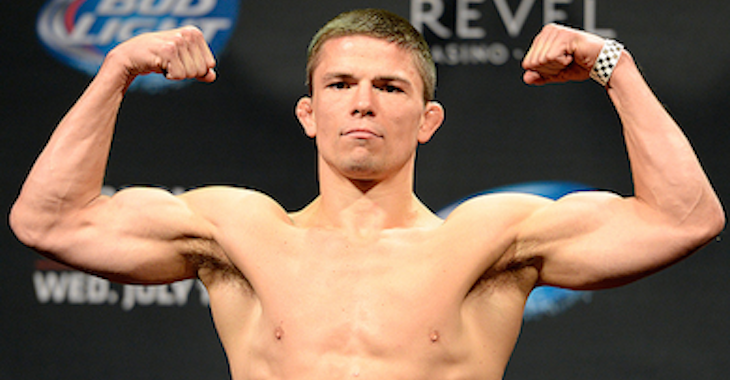 Sunday night in Las Vegas, Rick Story and Tarec Saffiedine went to war in a 3 round welterweight showdown. Ultimately, Rick Story won the bout via unanimous decision in a successful UFC return, making it 3 straight wins.

Despite the win, Story left with a pretty banged up leg courtesy of Saffiedine. Check out the picture above!

Thanks for the great fight @tarecfighter I'll be sporting you're foot print for a while. Hope the knee heels up fast pic.twitter.com/3GRP0etcOJ