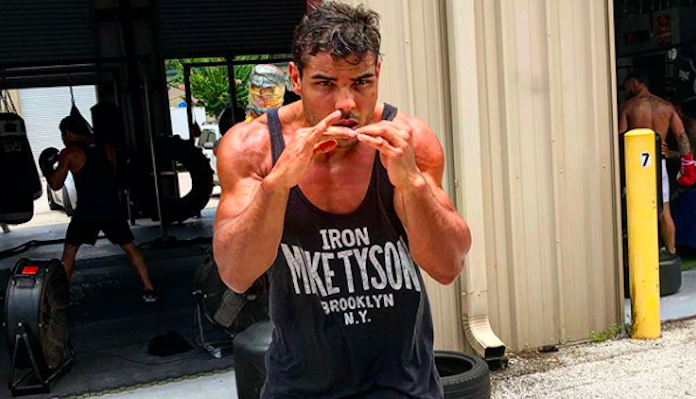 Diego Sanchez is very impressed by the way Paulo Costa cut down to the 185-pound limit for his middleweight title fight with Israel Adesanya at UFC 253.

Despite walking around at well over 200 pounds, Costa was the first fighter on the scale for the UFC 253 weigh-ins this morning. The middleweight title challenger also didn’t appear to be particularly depleted from his cut down to 185 pounds.

The way Costa effortlessly cut down to middleweight earned him some props from MMA veteran Diego Sanchez, who will take on Jake Matthews on the UFC 253 undercard.

“I have to say this guy is the weight cutting master,” Sanchez wrote on Instagram after crossing path with Costa on Yas Island in Abu Dhabi, where UFC 253 will take place.”And still had good energy after his massive weight cut. I can feel it is going to be a legendary night.”

Sanchez has been fighting professionally since 2002. In that time, he’s fought as heavy as the middleweight division and as light as the 145-pound featherweight division—so he knows a thing or two about weight management.

While Sanchez is currently focused on his fight with Matthews, he recently divulged that he’s beginning to consider retirement.

“Nick Diaz is coming back,” Sanchez said. “There’s some other names, Nate Diaz, there’s a lot of big fights that would be appealing for the fans. I said I shoot for the moon, Conor McGregor is the number four fight. I envision myself dominating these next three fights and finishing my career with a fight with Conor McGregor. That’s my dream, that’s my vision. As I build my legacy and his does what his does, I’ll be waiting if he wants to do it at the end of the road.”

What do you think of Diego Sanchez’s comments about Paulo Costa?