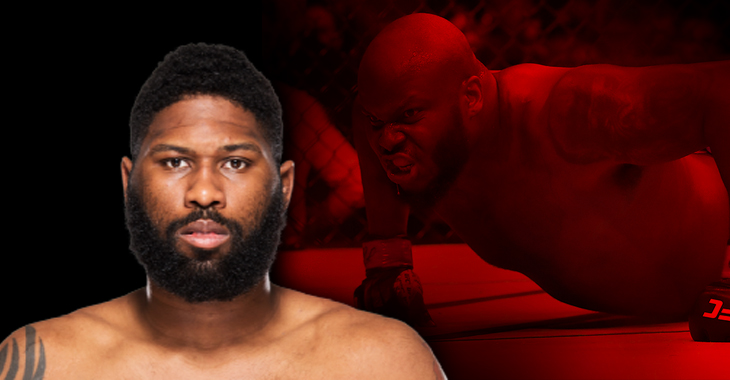 UFC 218 goes down in just two weeks and the co-headliner is a monster mash between Alistair Overeen and Francis Ngannou. For the longest time, Derrick Lewis looked to be on a collision course with Ngannou, but an injury forced him to pull out of his latest fight with Fabricio Werdum. For now the match-up has left Lewis behind, but the ‘Black Beast’ announced he’s all clear and ready to get back to the Octagon and Curtis Blaydes stepped up to welcome him back. The fans have spoken.

I’ve been cleared by the doctor. I would like the winner of tonight or a fight with anyone that’s ready #ufc

Who do you want to see me fight next?

The only way to climb to the top of the mountain is to keep going up. Thank you for all of the votes. The fans have spoken. @Thebeast_ufc you free end of February/March? @ufc pic.twitter.com/2qhN97eC8R

“I’m looking at February-ish. Beginning of March-ish. Somewhere around then. Well, I kind of feel like the next logical fight is either Alexander Volkov or Derrick Lewis. No [I wouldn’t be worried. I feel like he wouldn’t accept the fight unless he knew he could be there. I’ll give him that much credit. He’s a professional and I expect him to conduct himself as such because I knew I wouldn’t take a fight if there was a strong possibility of me not being able to walk to the cage healthy as can be.” — Curtis Blaydes speaking to The MMA Report.

Curtis Blaydes is on a four-fight win streak and hasn’t lost since facing Ngannou in his UFC debut. Derrick Lewis has stacked up an impressive record so far, even taking out Roy Nelson and Travis Browne before losing to Mark Hunt. As Blaydes said himself, the only way to climb is to keep going up. Both are in the top 10 as Lewis hovers at six waiting for a chance to burst into the top five. After Werdum has worked double-time and stacked up two wins since Lewis and his first scheduled fight, it’s safe to say that they won’t be trying to schedule that fight over again and this is a solid match-up.