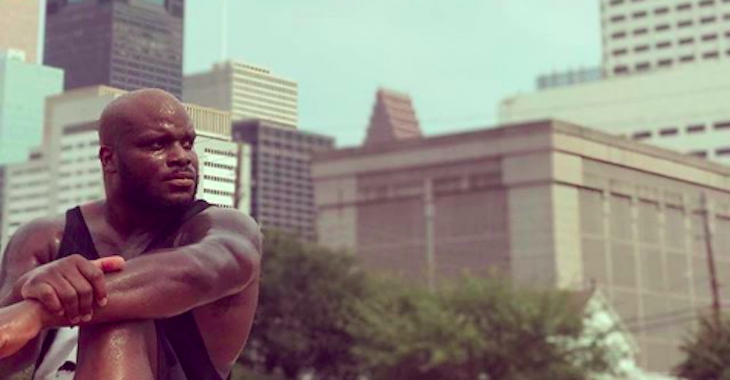 Derrick Lewis, the UFC’s sixth-ranked heavyweight, is currently scheduled for a stark test, as he’s expected to take on Marcin Tybura when the UFC touches down in Austin, Texas this February 18. While this fight is currently at the forefront of Lewis’ mind, he’s hoping a big win over Marcin Tybura will set him up for a heavyweight title shot, and more importantly, a battle with his rival Francis Ngannou, who battles Stipe Miocic for the title this January 20.

Speaking to MMAJunkie earlier this week, Lewis gave his take on this upcoming heavyweight title fight, and shared his hope that Ngannou wins so he can fight him.

Derrick Lewis has not fought since June, when he was stopped by fourth-round punches dealt by heavyweight veteran Mark Hunt. Prior to this loss, the fan favorite heavyweight contender was riding high on six-straight wins: impressive finishes of Viktor Pesta Damian Grabowski, Gabriel Gonzaga, Shamil Abdurakhimov, and Travis Browne, interspersed by a split decision defeat of current Bellator star Roy Nelson.

Ngannou, meanwhile, recently locked up his heavyweight title shot with a first-round execution of Alistair Overeem. This win was preceded by five others in the Octagon, including stoppage defeats of Curtis Blaydes, Anthony Hamilton and Andrei Arlovski.

Do you think Derrick Lewis could be the man to halt the momentum of Francis Ngannou if he gets passed Marcin Tybura?