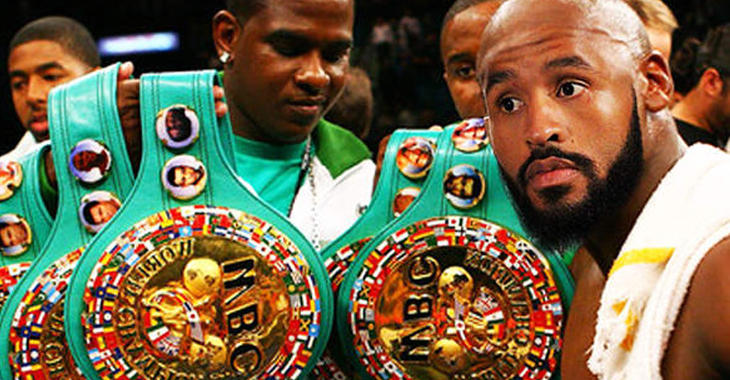 Next year, a huge fight is in the works. UFC bantamweight champion TJ Dillashaw is supposed to go down to fight UFC flyweight champion and title-defense king, Demetrious Johnson. It very well could be the most highly skilled MMA fighter in history if the UFC can pull it off. However, there is a fight that could be even bigger. Just imagine Floyd Mayweather stepping into the Octagon across from Mighty Mouse for a historic superfight only rivaled by Conor McGregor. It sounds absolutely insane and it will probably never happen in a million years, but remember when we said that before?

“We’re talking to Floyd [Mayweather] about doing a UFC deal. It’s real. He was talking about [boxing] Conor McGregor. Was that real? Have you heard Floyd talk about many things that aren’t real? He usually tips his hand when he’s in the media and then that sh-t ends up happening. We’re interested in doing something with Floyd. Everything is a realistic possibility. Mayweather vs. McGregor f-cking happened. Anything is possible.” — Dana White speaking to ESPN’s Brett Okamoto.

That’s right. After hearing that Floyd Mayweather is actually in talks with the UFC, Demetrious ‘Mighty Mouse’ Johnson took to Twitter to call out the boxer for a GOAT vs GOAT fight that would be a nuclear explosion of a spectacle. Surely this will not be the last fighter to do this, but it’s great to see Johnson get in on this chaos. Of course, were not holding our breath on this match-up or on Mayweather actually following through with an MMA fight, but anything is possible.