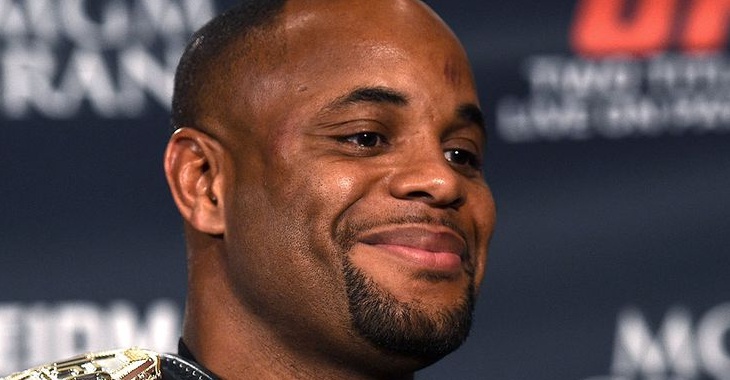 Daniel Cormier will get questions about Jon Jones for the rest of his life and if this isn’t your first day discovering MMA, you know exactly why. The two have had one the most heated rivalries in the sport’s entire history and despite coming out on the wrong end of each of their fights, reasons outside the octagon have turned Cormier into more of the winner than the loser.

After their first fight in January of 2015, Jones beat Cormier fair and square through five rounds on route to a unanimous decision. After that, Jones was expected to end up defending his UFC light heavyweight title against one of if not the most dangerous strikers in the division’s history, Anthony “Rumble” Johnson at UFC 187. That was until Jones got into a hit and run incident while under the influence. This led to his stripping of the title and putting Cormier right back into the title picture where he would go on to defeat Johnson for the vacant belt.

A couple more situations would occur over the years for Jones including the most recent being after he initially won back his championship against Cormier at UFC 214 before testing positive for performance-enhancing drugs leading to yet another strip. News came out the yesterday that Jones took a polygraph test to try and help prove his innocence. Cormier is fighting this weekend so of course, once the media got a chance, they asked him what he thought about the news:

“Jon Jones took a polygraph test to prove his innocence, and I’m going to say this, Ted Bundy passed a polygraph test… and then killed the fucking guy who was giving it to him.”

Cormier makes a fair point. Whether or not this news will affect Jones positively or negatively regarding his USADA suspension is to be determined.

UFC 220 is on Saturday, January 20 and Cormier will look to defend his title for the third time when he takes on the hard-hitting Swissman, Volkan Oezdemir.