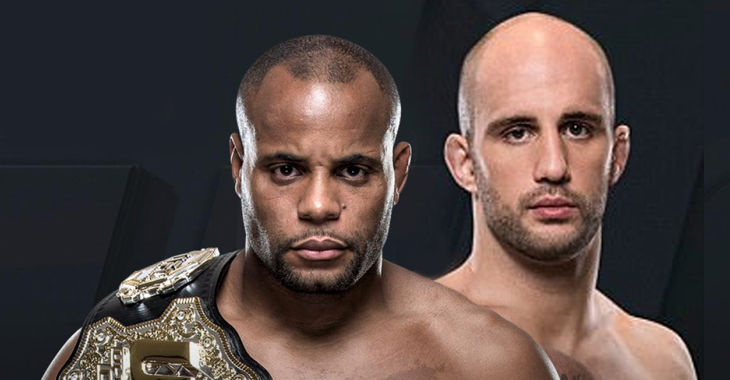 Daniel Cormier believes his fight with Volkan Oezdemir will proceed as scheduled.

Volkan Oezdemir (15-1 MMA, 3-0 UFC) was taken into custody just over a week ago for aggravated battery stemming from an alleged bar incident this past August in Florida.

“No Time” was later released on bond.

The surging Swiss fighter has won five fights in a row, scoring impressive first-round knockout victories over Jimi Manuwa and Misha Cirkunov in his most recent outings.

Volkan Oezdemir’s manager issued a statement that said Volkan was involved in “nothing more than a bar room altercation in which Mr. Oezdemir, who was not the aggressor, was totally justified in all of his actions pursuant to Florida law.”

Volkan Oezdemir was expected to challenge Daniel Cormier for his light heavyweight title at UFC 220 this January in Boston.

While the news of Volkan Oezdemir’s arrest is not at all positive, Daniel Cormier is confident that his slated title fight with “No Time” will still occur as planned.

“I believe the fight still happens, because from my understanding, he was defending himself,” Cormier said on his podcast, Talk and Talker (as transcribed by BloodyElbow). “And if these guys were doing anything, and it can be proven it was self-defense, you do have the right to defend yourself. So if he’s defending himself, the fight will still happen. Hopefully it happens as scheduled.”

“If it doesn’t, that’s a whole other can of worms. (But) I think he may be OK. If it was domestic, you’re f-cked. Anything domestic, it’s over. There’s no questions, there’s no grey area. You f-cking hit a woman, you’re f-cking done. As it should be. So we’ll see.”

Daniel Cormier was reinstated as UFC light heavyweight champion after Jon Jones failed a drug test stemming from his third-round TKO victory over “DC” which was later changed to a no-contest.